AUSTIN, Texas - A manhunt has ended after a suspect was taken into custody early this morning. The man is the suspect in a shooting in Northwest Austin near the Arboretum left three dead.

Phipps says police sent an unmarked vehicle to confirm the identification of Broderick and marked units were sent when Broderick's identity was confirmed. 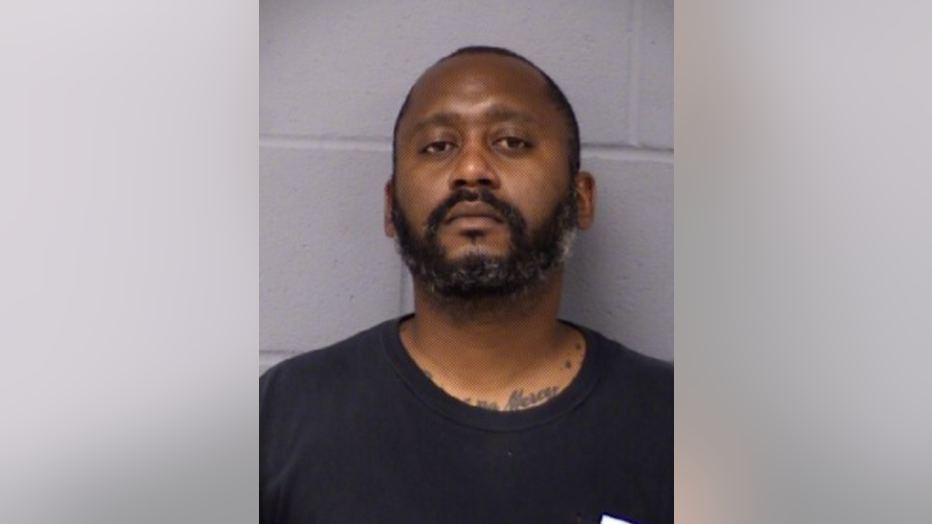 APD says the suspect is still at large and has identified him as 41-year-old Stephen Nicholas Broderick.

Broderick was ordered to stop by officers and police say he complied without incident.

Police had been looking for Broderick and had expanded their efforts to outside Austin and classified it as a "fugitive" search. Broderick allegedly shot and killed 3 people, targeting them in the attack.

Officials believe it was a domestic dispute and say Broderick knew the victims but have not officially confirmed how. Elgin Independent School District released a statement confirming that two of the victims were Elgin ISD students, one a senior at Elgin High School and the other a former student.

Throughout the day on April 17, law enforcement searched by air, and by foot trying to locate Broderick. But by late afternoon, said they had exhausted all their efforts.

"I don't want anyone to think we are packing up and going home," Chacon said, "We are going to continue to look for this individual because he continues to pose a threat to this community."

Police also say a child was involved but was taken to safety. It is unknown at this time what the nature of the child's involvement was.

The Travis County Sheriff's Office confirmed that Broderick used to be one of its deputies. TCSO Sheriff Sally Hernandez released a statement after Broderick's arrest saying:

"I’m truly heartbroken that a former Travis County Sheriff’s Office Deputy is the suspect in such a horrific incident. TCSO is standing by to provide any, and all assistance we can to the families of the victims in their time of need. I’m proud of the integrity and professionalism shown by the men and women of TCSO, APD and other law enforcement agencies, who worked tirelessly throughout the night to locate Stephen Broderick. I’m especially grateful to the vigilant citizen who called 911 after seeing Broderick, and to the Manor PD officers and TCSO deputies who took him into custody this morning."

Reports show that he is accused of sexually assaulting a child in June of 2020. Broderick was initially released on a $50,000 bond for this incident.

Sunday, the Travis County District Attorney’s office says it filed a motion to revoke that bond.

Witnesses tell FOX 7 Austin that they saw the moments right after the incident.

Residents say the last thing on their mind while running morning errands was to come back to an active scene. One woman says she saw the first call for help.

75 FBI agents were on scene assisting and said they will continue to help the Austin Police Department in any way that they can.

"My heart breaks for the victims of this senseless act of violence and their families," said District Attorney José Garza in a statement Sunday.

"Our office has been clear that acts of violence committed in our community will not be tolerated. I am grateful to the courageous members of our law enforcement community who are actively working to bring Mr. Broderick into custody. When he is apprehended, he will be held accountable."

"Unfortunately, it’s just another day in America," Torrez says. She was on her way to the Domain when she saw a child flagging down cars for help. She says she never expected an active shooter situation to happen near where she lives.

Chacon said what happened Sunday was a tragedy. Three people lost their lives and that they are doing all that they can to get Broderick into custody as quickly as possible.

"We are going to do the very best investigation that we can and get this person into custody and hopefully with no further loss of life," Chacon said.

Footage shared by local resident Meg Bonacorsi shows the city’s police and fire departments as well as authorities from ATCEMS on the scene in a northern suburb of Austin. (Credit: Meg Bonacorsi via Storyful)