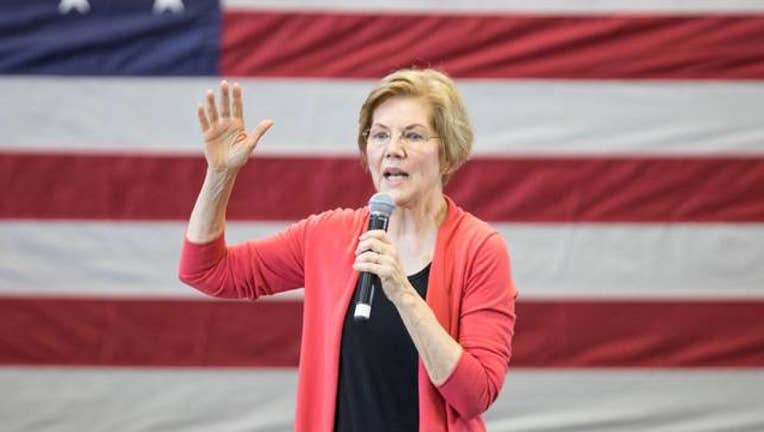 FOX NEWS - Democratic presidential candidate Elizabeth Warren is pushing for a new law that says presidents can face indictment and charges of obstruction of justice.

“I’ve got a plan to make sure that no president is above the law,” Warren said in a statement, calling for lawmakers to "pass a law clarifying Congress’s intent that the Department of Justice can indict the President of the United States."

“Congress should make it clear that presidents can be indicted for criminal activity, including obstruction of justice," the progressive senator added. "And when I’m president, I’ll appoint Justice Department officials who will reverse flawed policies so no president is shielded from criminal accountability.”

Warren was one of the first Democratic White House hopefuls to urge the House of Representatives to begin impeachment proceedings against Trump for obstruction of justice. She made her call after the release of a redacted version of Mueller’s report.

The special counsel, in his report and in his first public comments on his nearly two-year long investigation, highlighted that he and his team were not exonerating Trump.

“If we had confidence that the president clearly did not commit a crime, we would have said so," Mueller said.

Mueller’s boss, Attorney General William Barr, said in a CBS News interview on Thursday that the Justice Department’s Office of Legal Counsel finding shouldn’t have prevented the special counsel from indicating whether Trump had obstructed justice.

"The opinion says you cannot indict a president while he's in office,” Barr stated. “But (Mueller) could've reached a decision as to whether it was criminal activity."

But Warren – in her Friday announcement – slammed Barr, saying he “has disgraced himself by acting like Trump’s personal defense attorney.”

And she charged that Barr “wrote a four-page ‘summary’ to mislead the public about the Mueller report” and gave a press conference to “repeat White House talking points about the Russia investigation.”

The president, in reacting to the special counsel’s comments, once again spotlighted that “Mueller didn’t find Obstruction.”

And on Thursday, the president fired away at the special counsel, saying “I think he is a totally conflicted person. I think Mueller is a true never-Trumper. He’s somebody who dislikes Donald Trump”

So far, only around 40 representatives in the 435-member House have called for the start of an impeachment inquiry. Warren is one of around ten Democratic presidential candidates – in a 24 person field – to urge the House to begin impeachment proceedings.