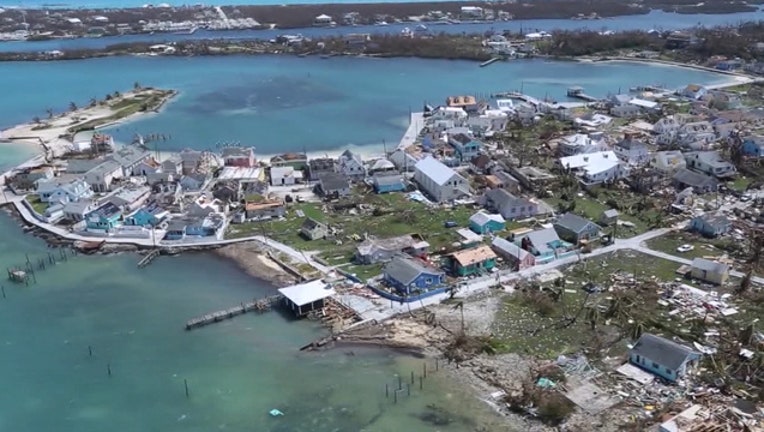 LAKE MARY, Fla. - The 2019 hurricane season is coming to an end after a relatively normal round of six hurricanes -- three of those were major hurricanes in Dorian, Humberto, and Lorenzo.  In total, the season had 18 named storms, matching 1969 for the fourth most-lively season in the past 150 years.

For Florida, the season will be remembered for a nerve-racking scare over the Labor Day weekend. After back-to-back years of historic strikes on Florida, the waters of the Atlantic and Gulf of Mexico were highly active during the hurricane season that ends Saturday.  But Florida avoided a strike in September from Hurricane Dorian after the mega-storm devastated parts of the Bahamas.

"What we found this season is just how close a hurricane can get without destroying you, and that would be Dorian. As a deadly Category 5 hurricane, it came to a screeching halt just offshore of West Palm Beach. We saw the devastation that it produced by prolonged 160-plus mph winds for over 24 hours," said FOX 35 Chief Meteorologist Glenn Richards.  "Our thoughts are still with our neighbors in the Bahamas."

With the Sunshine State still recovering from Hurricane Michael in 2018 and Hurricane Irma in 2017, Parks Camp with the National Weather Service says this year’s season was more psychologically challenging than physically taxing for Floridians.

“People seeing what recently happened with Michael and Irma and the recent storms, I think it’s kind of in the forefront of people’s minds. I think that helps people to stay tuned-in,” Camp said.

Dorian never reached Florida but left frayed nerves up and down the East Coast, as the system sat for days around the Bahamas. Forecast maps had the storm making landfall somewhere along the East Coast for nearly a week, at times moving far inland.

Overall, the six-month 2019 hurricane season had the smallest impact on Florida in four years.

"Even though the hurricane season officially ends on Saturday, it is still possible to have a tropical or sub-tropical system form during any month of the year," Richards added.  "Water temperature dictates storm formation, and there are times when just the right ingredients can come together just offshore of Florida during the winter months."