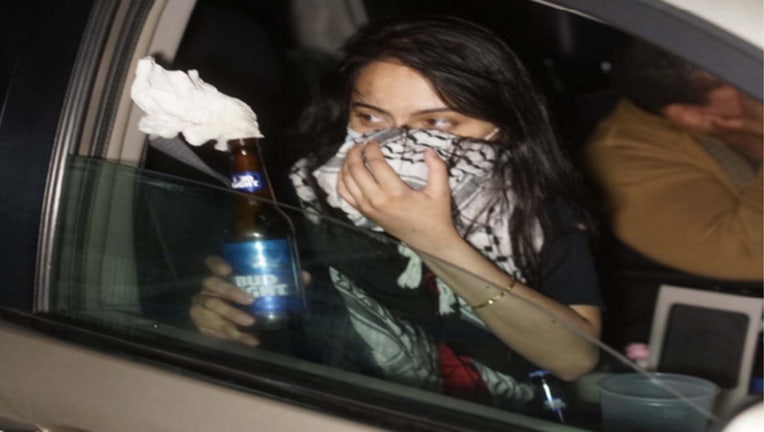 Colinford Mattis and Urooj Rahman appeared before a judge via video conference on Monday afternoon. The two are licensed attorneys who attended prestigious universities and law schools, according to authorities.

"One night of behavior is not a basis on which to reject somebody’s ability to make rational decisions," U.S. Magistrate Judge Steven Gold said.

Prosecutors strenuously objected to the release of Mattis and Rahman, saying that in the early hours of May 30, 2020, the pair drove in a tan minivan to the area of the NYPD’s 88th Precinct in Fort Greene, Brooklyn.

After finding an NYPD vehicle, Rahman is accused of getting out of the passenger’s side front door of the minivan, approaching the NYPD vehicle, and then lighting and throwing a device consisting of a glass bottle containing an incendiary chemical or "Molotov cocktail" into the SUV through a previously broken window.

The Molotov cocktail set fire to the console. Rahman then got back in the minivan and they drove off, authorities said.

"Instead of using their privileged positions to change society lawfully, they used a Molotov cocktail and sought to incite others to adopt their violent ways," prosecutors wrote in a court filing.

The incident was captured on video surveillance cameras.

Law enforcement officers saw the incident followed minivan and stopped it a short time later.  Mattis, the driver, and Rahman, the passenger, were arrested. 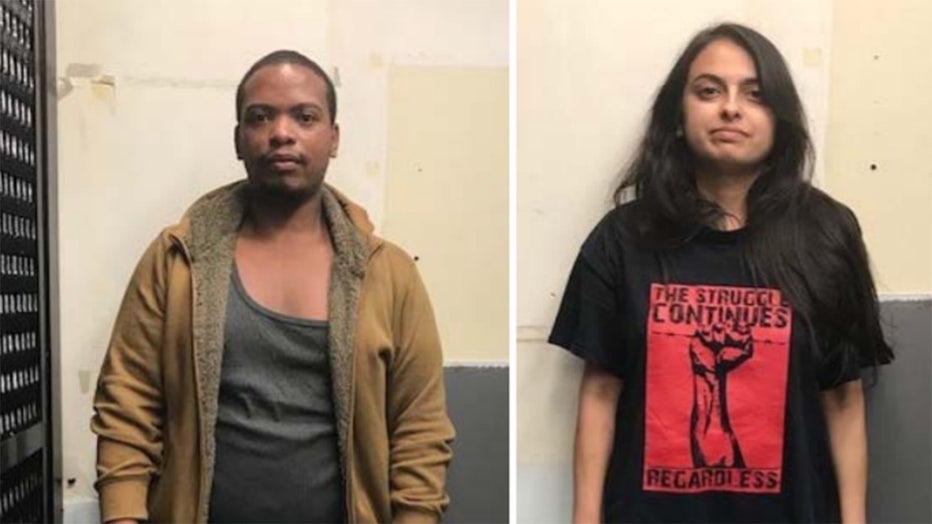 Police found a lighter, a Bud Light beer bottle filled with toilet paper, and a liquid suspected to be gasoline in the passenger seat and a gasoline tank in the rear of the vehicle.

A witness provided authorities with a picture of Rahman and Mattis in the tan minivan earlier in the night with Rahman holding a Molotov cocktail.

Rahman had allegedly attempted to distribute Molotov cocktails to the witness and others so they could use them.

The pair faces a mandatory five- to 20-year sentence.

In a similar but separate case, the magistrate ordered a woman held without bail for allegedly tossing an improvised explosive into an occupied police vehicle.

Federal authorities have accused Samantha Shader, 27, of Catskill, New York, of targeting four cops who were inside the vehicle. The firebomb shattered two windows of the van, authorities said. The officers were not seriously hurt.

Her lawyer, Sam Jacobson, didn't comment on the charges, the AP reported.

CORRECTION: An earlier version of this story incorrectly reported that Mattis and Rahman are accused of trying to kill four officers in a van. That is a separate case.