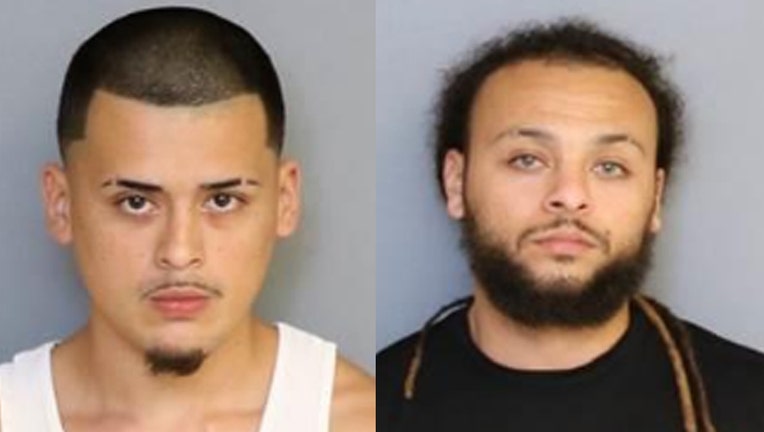 KISSIMMEE, Fla. - Two men were arrested after using firearms to demand money from a victim at a Kissimmee hotel, deputies say.

The Osceola County Sheriff's Office said that they responded to the Travelodge on E. Irlo Bronson Memorial Highway in Kissimmee on Saturday night after receiving a report of an armed robbery home invasion.

They said that they were told that two suspects, identified as Eddie Sanchez and Luis Rosario, entered the victim's motel room armed with firearms and demanded money.

Deputies were reportedly able to locate Sanchez and Rosario at their residence, where a firearm and the victim's property was recovered.

Sanchez refused to cooperate with the investigation, deputies say.

They are both in jail for Armed Robbery Home Invasion with a Firearm, Aggravated Assault with a deadly weapon without intent to kill, and Grand Theft.