A 103-year-old Holocaust survivor and 1918 pandemic survivor got his second dose of the COVID-19 vaccine.

A 103-year-old San Francisco Bay Area man recently received his second dose of the COVID-19 vaccine — but that’s not all that’s extraordinary about him.

Emil Hopner, who was born in what is now Croatia on Dec. 29, 1917, survived the Holocaust, the 1918 Spanish Flu pandemic, and lived through two world wars.

The Spanish Flu killed 50 million people across the globe and the current COVID-19 pandemic has killed over 5.6 million people globally, according to Johns Hopkins University data. 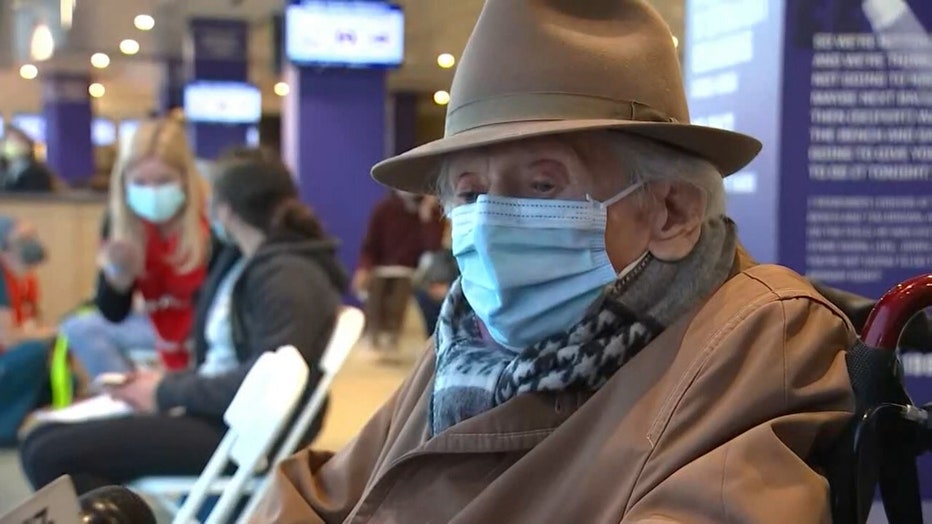 Hopner lost almost all of his family, including his parents, during the Holocaust, according to his son, Ben Hopner, 27.

"His brother died just last year and his sister died about two years before that," Ben said. Emil is all that’s left.

The centenarian has lived such a remarkable life that his son is working to make a documentary film about it.

Emil managed to escape the Nazis who had invaded what was then Yugoslavia and crossed many borders, eventually making it to Switzerland where he met his first wife. The pair moved to America where Emil used his electrical engineering degree to work at IBM and was finally able to settle into a peaceful life.

And now, after surviving another pandemic, Emil received his second COVID-19 vaccine on March 3 and experienced no side effects.

Ben said he and his family have been extra cautious when it comes to visiting his father. They always wear a mask and stay more than 6 feet away if they can manage it and get tested regularly.

RELATED: Fauci says CDC to release more guidance on what vaccinated people can safely do

Since the onset of the pandemic last March, Ben said his father has laid low for a year, following health guidelines and being cared for by his second wife, Hui-lin, who Emil has been married to since 1993.

The pair met while both were visiting family members’ graves and were able to connect through their losses, according to Ben.

"They both lost basically everyone and everything, I think that’s what brought them together," Ben said.

And while his father is hard of hearing, for a 103-year-old, he’s pretty healthy and spritely, according to Ben.

"I thank God every day that I am alive," Emil told KTVU.

RELATED: After a year apart, grandparents brace for reunion with grandchildren