Military to assist with vaccine distribution at FEMA site in Orlando

The 101st Airborne Division, a light infantry division of the United States Army specializing in air assault operations, will be sending approximately 130 soldiers to Orlando to support the whole-of-government vaccination effort.

ORLANDO, Fla. - The U.S. military is ramping up efforts to help get as many Americans vaccinated as possible by sending medical teams to vaccine hubs around the country.

The military is already assisting in cities in California, New York, and Texas.  On Thursday, deployments to Florida and Pennsylvania were also announced.

The 101st Airborne Division, a light infantry division of the United States Army specializing in air assault operations, will be sending approximately 130 soldiers to Orlando to support the whole-of-government vaccination effort. The soldiers are expected to arrive on Friday.

The West Campus COVID vaccination center will open on March 3 and will operate 7 days per week, 7 a.m. – 7 p.m., and is expected to remain open for at least eight weeks. Federal and state teams will operate the site and plan to administer 2,000 vaccines per day.

"At Valencia College, we are honored to support the federal and state efforts to vaccinate Central Floridians, particularly those in vulnerable communities," said Paul Rooney, assistant vice president of operations at Valencia College. 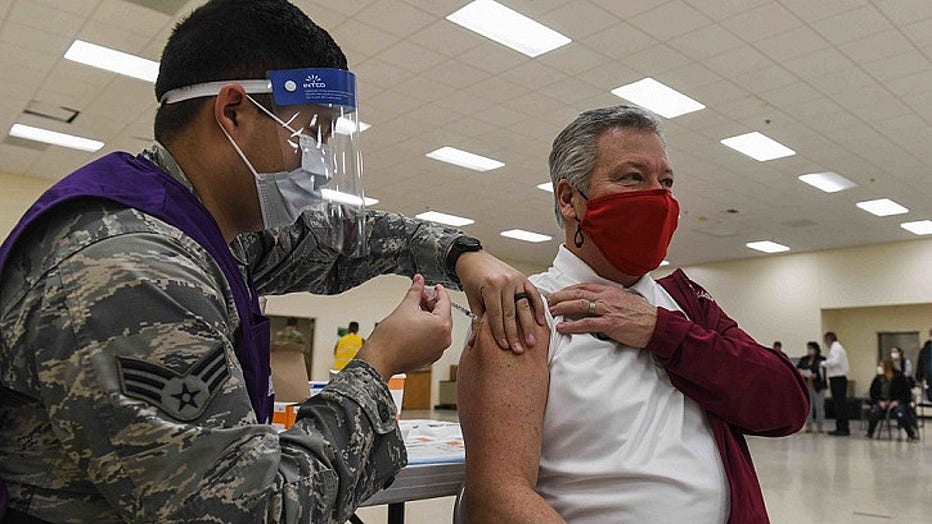 "As you have probably seen, we are going to be sending teams of active-duty professionals to assist FEMA in administering vaccines at select locations around the country," Austin said in a video message released to troops. "In other words, we're pitching in to help our fellow citizens as quickly and safely as possible."

The Biden administration has said that delivering the vaccine to Americans is a top priority. Austin signed off on the deployment of 25 military vaccination teams. So far, 11 have either started or will begin next week.