People gathered at Lake Eola to honor the victims of excessive force and police brutality.

ORLANDO, Fla. - Dozens of people gathered at Lake Eola Park on Sunday for a peaceful demonstration.

The demonstrators laid 1,000 roses on cardboard signs in the park, which had encouraging messages on them, like “Together we rise,” “Keep Shining,” and "We shall overcome.”

The demonstration comes after a grand jury indicted a former Louisville police officer, Wednesday, for wanton endangerment for his actions related to the Breonna Taylor case. 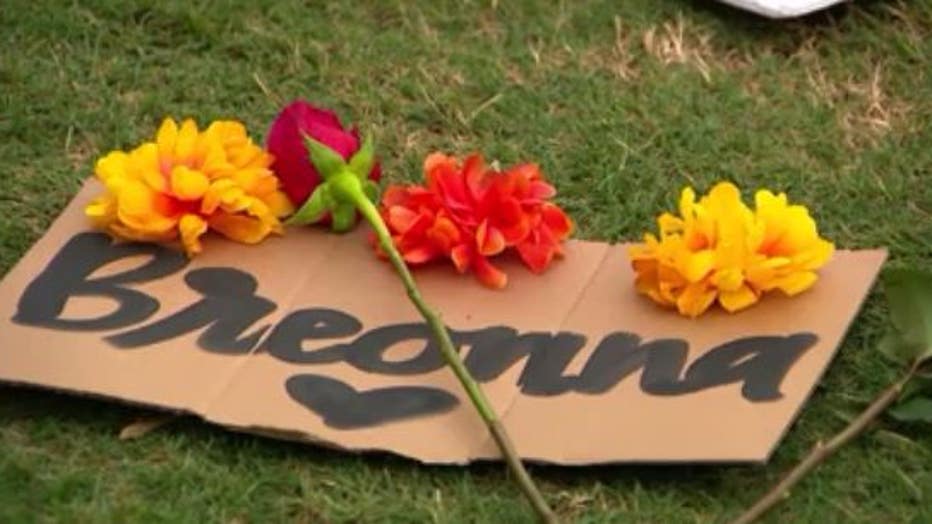 However, no one was charged for causing Taylor’s death.

Tuesday will mark 200 days since Taylor’s death, which has sparked protests around the country.

However, organizer Shan Michael said Sunday’s event was not a protest.

“It’s more so a demonstration of love and healing,” he said.

“A lot of the rights on here are just what you can do, what you’re able to do, what they are able to do,” Michael said concerning a police stop, “and best practices to keep yourself safe.”

Youth group Exodus United recited poems about Breonna Taylor. Although they can’t vote yet, the teens hoped to leave an impact on those who can.