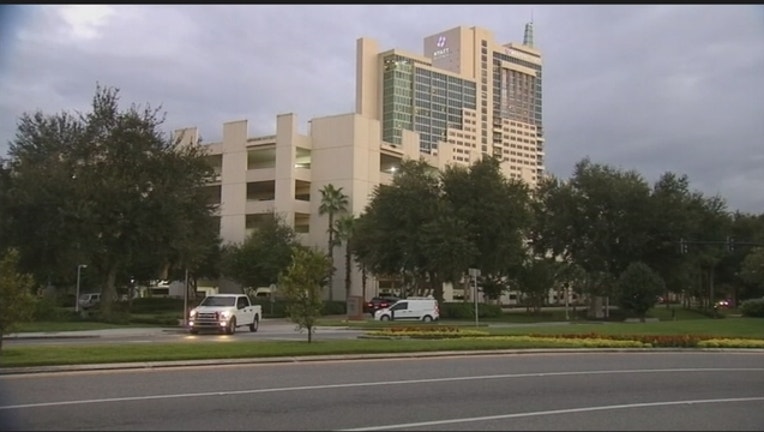 ORANGE COUNTY, Fla. (WOFL FOX 35) - A spokesperson with the Orange County Sheriff's Office said one person is dead following a shooting in the parking garage of the Hyatt Regency, at 9801 International Drive.  The accused shooter is in custody, according to authorities.

Deputies arrived to find the victim, 49-year-old Cedilien Forestal, dead inside his vehicle which was parked on the fifth floor.  The fifth floor is for employees and vendors of the hotel, authorities said, and Forestal has been identified as a Hyatt Regency employee and a local resident. Deputies pulled over a vehicle about three miles from the murder scene, arresting 37-year-old Mathnald Dareus.

"This does not appear to be a random act of violence at this point," said Jane Watrel, spokesperson with the Orange County Sheriff's Office.