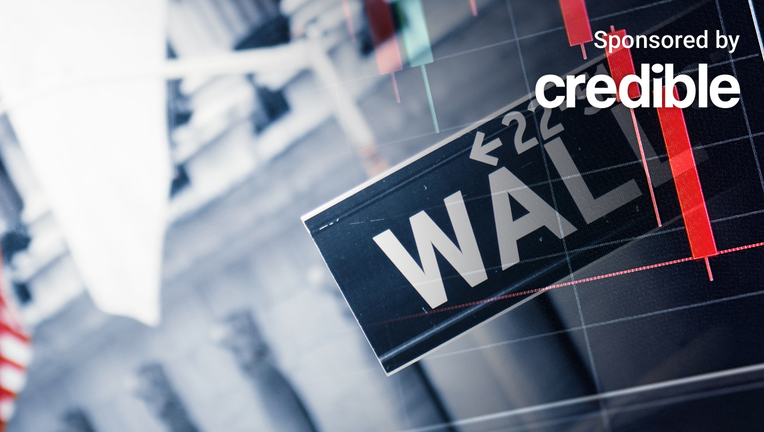 The GDP increased in the third quarter of 2022, according to the first estimate from the Bureau of Economic Analysis (BEA). But high inflation and recession fears still linger. (iStock)

Gross domestic product (GDP) increased by 2.6% annualized in the third quarter of 2022, according to the first advanced estimate from the Bureau of Economic Analysis (BEA).

Despite this growth, some experts warn that Americans will still face financial hurdles.

"The 2.6 percent increase in real GDP in the third quarter was broadly driven by consumer spending, business fixed investment, and government spending," Joel Kan, Mortgage Bankers Association (MBA) vice president and deputy chief economist, said in a statement. "However, spending on goods declined for the third straight quarter, as households continued to pull back on some aspects of their spending."

If you’re struggling in the current economy, you could consider paying down high-interest debt with a personal loan at a lower rate. Visit Credible to compare interest rates without affecting your credit score.

Although the economy grew in the third quarter, Americans continue to face rising prices.

Inflation rose by 8.2% year-over-year in September, according to the Bureau of Labor Statistics (BLS). The price of food at home rose by 13% annually, while the price of energy increased by 19.8%.

And while many Americans may be modifying their budgets to afford necessities, they are also seeing their savings diminish.

"Since peaking in 2020 following the passage of the CARES Act, household's personal savings have fallen from $4.9 trillion to $626 billion," Morning Consult's Chief Economist John Leer said in a statement. "Without this war chest, consumers are likely to pull back in the months ahead."

If you want to take advantage of the current rates before a potential increase, you could consider refinancing your mortgage to lower your monthly payments. Visit Credible to compare multiple mortgage lenders to find one that’s right for you.

INFLATION TO REMAIN HIGH THROUGH 2024, RECESSION ON ITS WAY: MBA FORECAST

Experts warn of recession in 2023

The GDP estimate follows back-to-back economic contractions of 0.6% in the second quarter and 1.6% in the first quarter, which sparked a debate over whether the nation was in a recession. The National Bureau of Economic Research defines a recession as "a significant decline in economic activity that is spread across the economy and that lasts more than a few months."

Amid this debate, some experts said they expected a recession to come in early 2023.

"Despite a strong third quarter result, our forecast is for a slowdown in economic growth in the coming quarters and for the economy to enter a recession in 2023," Kan said. "Sharp slowdowns in global growth and tighter financial conditions have started to exert pressure on parts of the economy, in particular housing. There are also early signs of weakening in the job market, such as slower monthly payroll growth and declining job openings."

Fannie Mae also recently released a forecast, in which it predicted that a recession was likely at the beginning of next year.

If you’re looking to reduce your expenses, you could consider refinancing your private student loans to lower your monthly payments. You can visit Credible to get personalized rates from multiple lenders at once without hurting your credit score.