Orlando, Fl - Each year the wind direction lines up just right that we get slammed with very cold air.  Since we live on a peninsula, it only takes a slight shift in wind direction to bring the breeze in from the Gulf or the Atlantic.  It may seem like a minor detail, but can make all the difference in the world when it comes to forecasting low temperatures. Currently we have the wind direction coming from abut 330 degrees, which is just right! 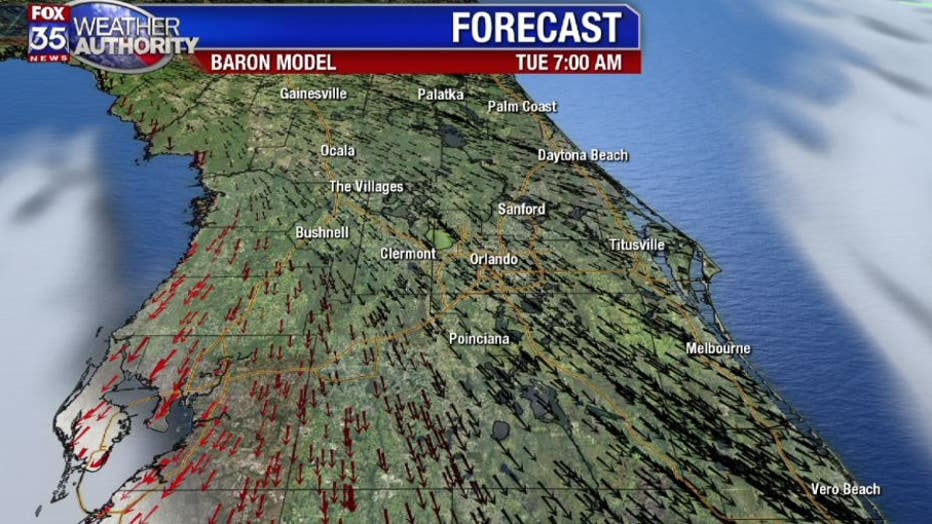 This dry breeze, which originates from Illinois, will allow for maximum cooling  Because there is a large storm system tapping into the cold air on the western side, we are going to get cold tonight.  This large storm system will not move much during the next 24 hours so we can expect another cold night for Tuesday too. 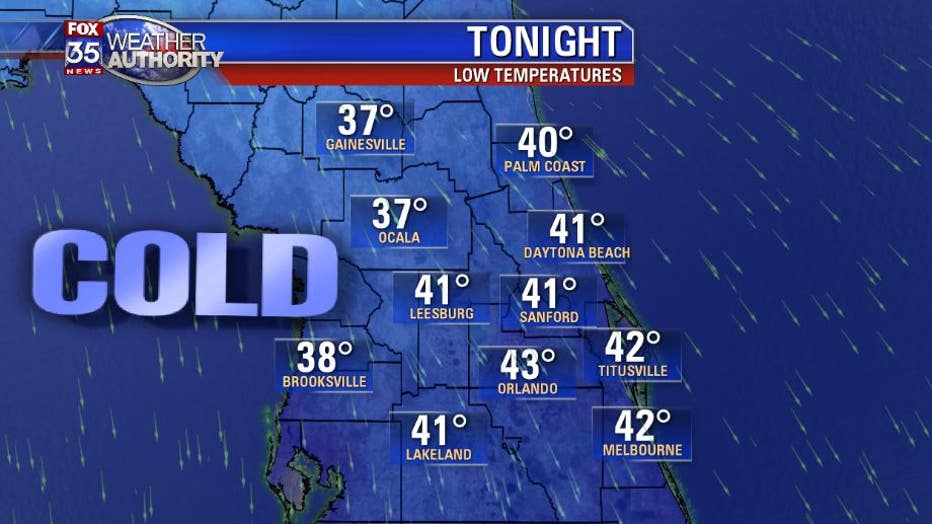 The coldest air usually hits Central Florida a little later in the year, through February.  That is when we have maximum snow across the U.S. with the southern extent of the snow pack sometimes reaching South Carolina and North Alabama.  When the snow pack is so far south and the wind direction is from the NNW, that is when we can expect to fall below freezing.  With the current snow cover much more limited and not very far south, we can only expect lows in the upper 30's to lower 40's this week. 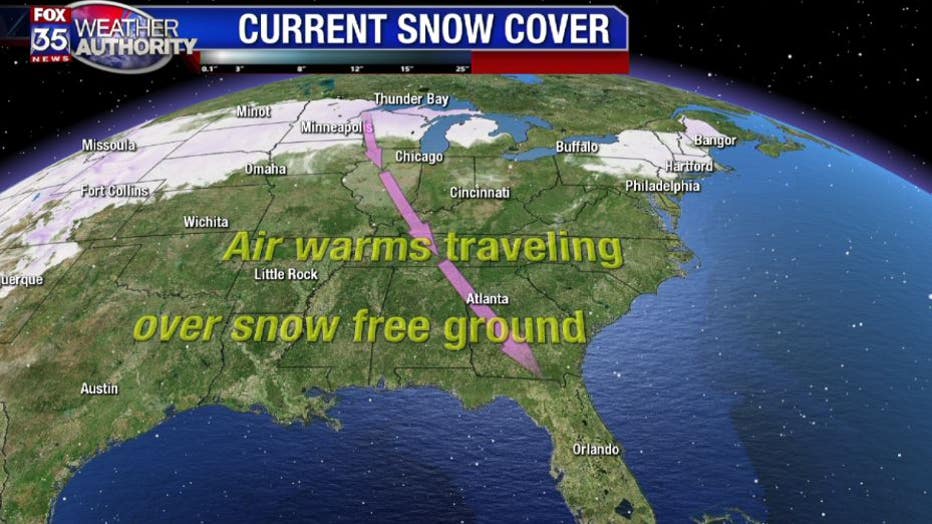 Since it is early in our "cold season"  there is plenty of time to get the stars to allign and the wind direction to veer, generating frigid temps for Florida.  Right now you will need to be satisfied with just some good snuggling weather.  GR