Hurricane Ian is quickly gaining monstrous strength as it moves over oceans partly heated up by climate change, just like 30 other Atlantic tropical storms since 2017 that became much more powerful in less than a day.

This turbocharging of storms is likely to become even more frequent as the world gets warmer, scientists say.

After getting 67% stronger in less than 22 hours from Monday to Tuesday, Ian is bearing down as a near-Category 5 hurricane that threatens to deliver a nightmare storm-surge to southwest Florida.

Climate change has other effects. The build up of heat-trapping gases from burning fossil fuels is making storms slower and wetter. It exacerbates deadly storm surges through sea-level rise, worsens freshwater flooding and increases the proportion of monster Category 4 and 5 storms, like Fiona last week, several studies show.

The current hurricane season had been uncharacteristically mild until about a week ago because of dry air in the Atlantic. Yet while storms aren't necessarily more frequent, they are getting nastier because of global warming, experts say.

"In terms of impacts and climate change, yes, this season could be a harbinger of sort of what is to come," said University of Albany hurricane scientist Kristen Corbosiero. "But it’s really hard to say that climate change has an impact on any one storm in terms of its formation or its individual intensity." 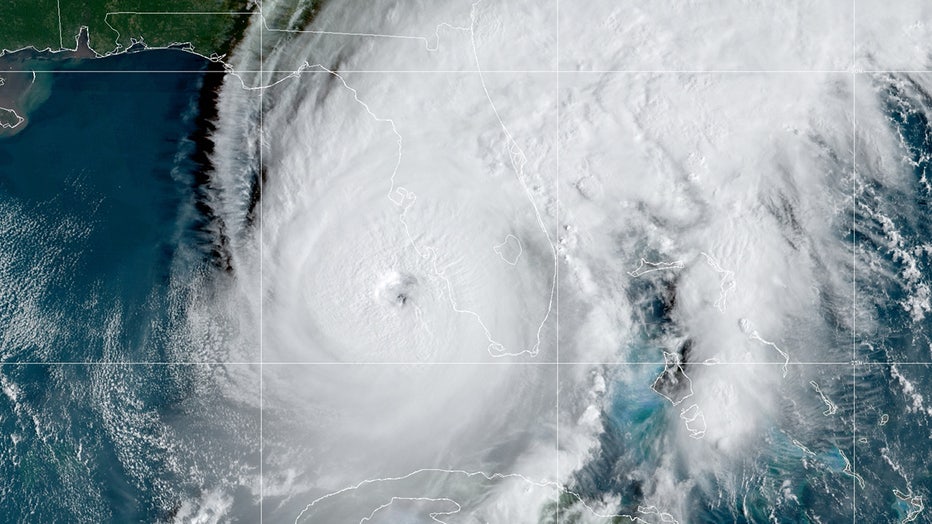 The National Hurricane Center defines rapidly intensifying storms as those that gain at least 35 mph in wind speed in less than 24 hours. Sudden changes can cause major problems for forecasters and emergency planners trying to help residents get out of harm's way.

In Ian’s case, the meteorological conditions were so obvious that forecasters were warning about it days in advance.

RELATED: Why is the right side of a hurricane more dangerous?

"That’s a staggering statistic," said former National Oceanic and Atmospheric Administration climate and hurricane scientist Jim Kossin, now with the private Climate Service, a risk analysis firm. "What used to be a very, very rare event obviously has not been rare lately."

A new yet-to-be-published study in a peer-reviewed journal shows that as hurricanes near the coast -- a danger point for people -- storms are intensifying more quickly than ever before, said Karthik Balaguru, a Pacific Northwest National Lab climate scientist who conducted the study. "It’s more likely because of climate change," he said.

As water gets warmer at ever deeper levels, the rapid intensification of tropical storms will only accelerate.

"We’re turning up the burner on a stove," said Kossin.

Views from southwest Florida ahead of Hurricane Ian's landfall.

As if that weren't bad enough, research also shows that storms now tend to move more slowly, allowing them to dump more rain in one place, like 2017’s Hurricane Harvey, which devastated parts of Louisiana and Texas.

While Ian is expected to slow near the Florida coast and dump huge amounts of rain it is not expected to be near Harvey’s level of more than 50 inches.

As storms intensify more rapidly and more frequently, forecasters and emergency planners are given less time to help communities prepare for the worst. 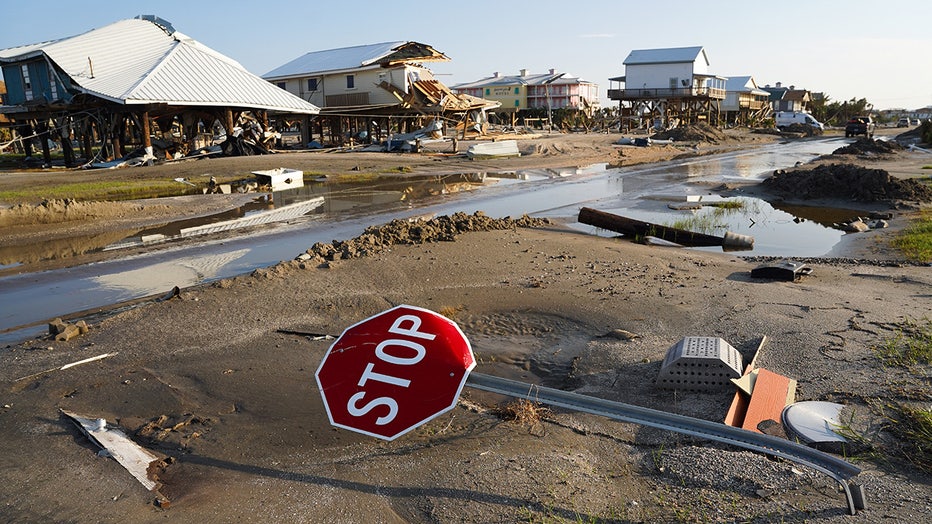 A bent stop sign in a storm damaged neighborhood after Hurricane Ida on September 4, 2021 in Grand Isle, Louisiana. (Photo by Sean Rayford/Getty Images)

"Time in preparing for a storm is your complete ally," said Joseph Valiente, the director of emergency management for Jefferson Parish.