LAKE MARY, Fla. - Well, here we go again! Temperatures are on the way up all across Central Florida Monday and Tuesday as the winds of change return to Central Florida.

High temps will cash in around the lower 80s during the nighttime hours. 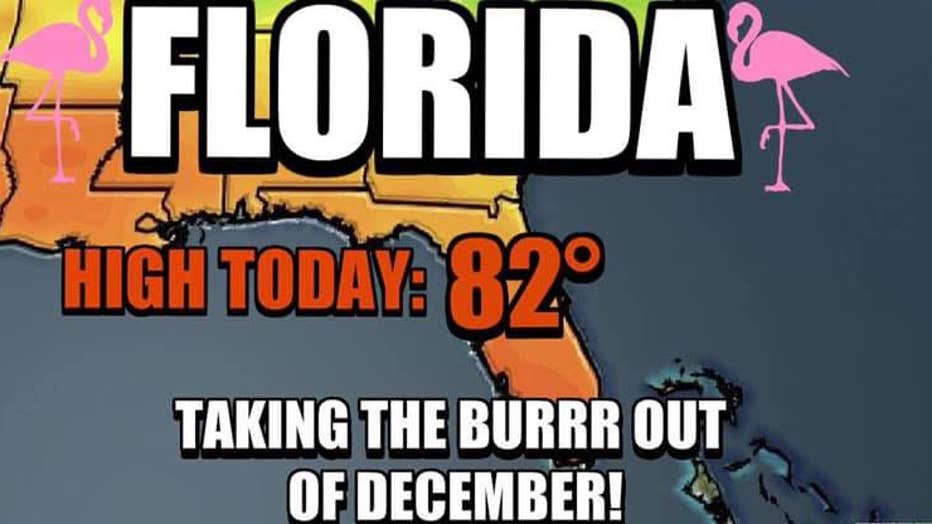 It's at that time clouds increase and rain chances rise with the approach of a cold front.

King says we're not expecting severe weather with the cold front, just some showers rolling through.

He says a peak of activity looks to be overnight Tuesday into Wednesday morning.

Behind the front, King says you can expect breezes to increase from the north and falling temperatures. 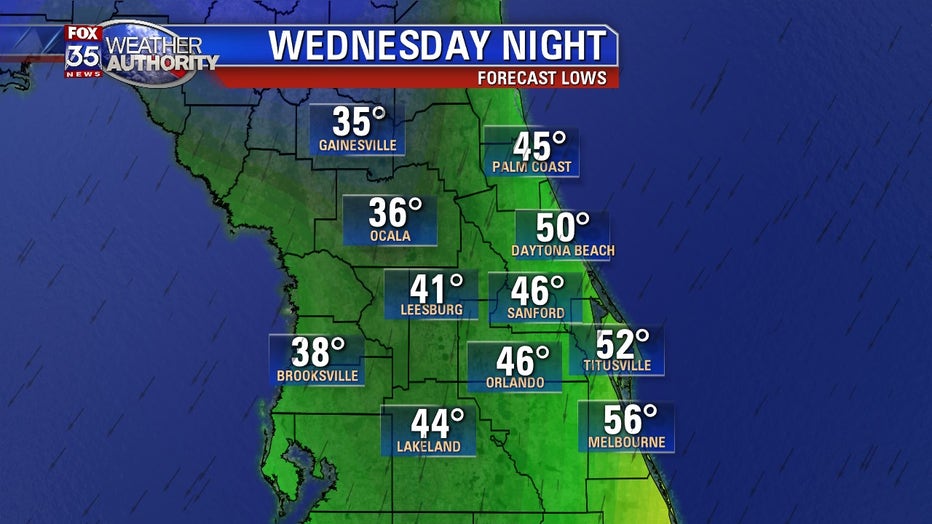 Highs on Wednesday remain in the low-to-mid 60s with clouds around through midday.

He says rain chances should wrap up Wednesday before 9 a.m.

King says the coldest air will remain over the deep interior northwest of Interstate 4.

He says it will feel warmer along the barrier island communities, especially south of Cape Canaveral as winds angle in a bit off the Atlantic Ocean.

Make sure you download our FOX 35 Weather app to have the latest forecast right at your fingertips.