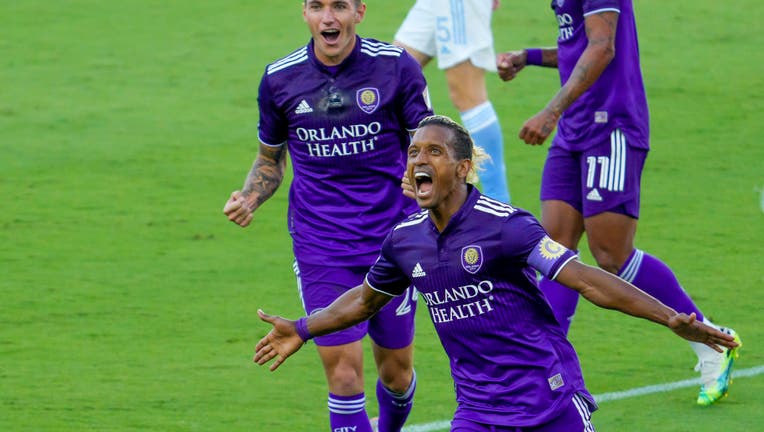 ORLANDO, FL - MAY 08: Orlando City forward Nani (17) celebrates scoring his goal during the MLS soccer match between the Orlando City SC and New York City FC on May 8, 2021 at Explorer Stadium in Orlando, FL. (Photo by Andrew Bershaw/Icon Sportswire

ORLANDO, Fla. - One of Orlando's premier professional sports teams could soon be under new ownership.

The Orlando City Soccer Club could be sold. An official announcement is expected as soon as Monday.

The team is reportedly in talks with the owners of the Minnesota Vikings. The sale would include Orlando City, the Orlando Pride, and Exploria Stadium. Insiders say the deal is worth around $400 million.

Fans FOX 35 spoke with on Saturday said that they aren't surprised that the franchise has attracted a lot of interest.

Orlando City Soccer Club's next game is next Sunday against D.C. United in Washington D.C.

Tune in to FOX 35 Orlando for the latest sports updates.