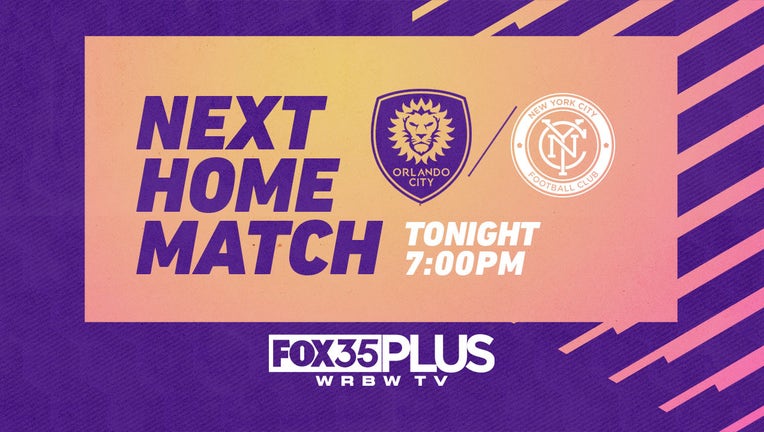 The match will be locally broadcast on FOX 35 Plus with Evan Weston, Miguel Gallardo and Ali Krieger on the call, while also being transmitted on  Real Radio 104.1 in English and Acción 97.9FM, 810AM in Spanish.

“[NYCFC] is a team who has a very defined model or idea of the game that they want to play. I always respect the model and always try to find some opportunities that we can use with our model and with our ways,” Head Coach Oscar Pareja said ahead of the match. “I think it’s going to be a very important and a very hard game for both teams and I hope that we can get the three points.”

The Lions enter the match looking to make it five-straight unbeaten against the Pigeons across all competitions, with victories in their last two matchups in the 2019 U.S. Open Cup Quarterfinals and most recently in group play at the MLS is Back Tournament.

City comes into the midweek fixture with its most recent contest resulting in a scoreless draw at Atlanta United FC last Wednesday, extending its Club-record unbeaten run to double figures at 10 consecutive results. The Lions were set to host Columbus Crew SC this past Sunday, however the match was postponed due to multiple confirmed positive COVID-19 cases within the Crew organization.

Chris Mueller leads the Lions with seven goals and six assists this season, followed by Daryl Dike, Nani and Benji Michel with four finishes each. The captain and Mauricio Pereyra sit next in line in assists, with five apiece to their credit.

NYCFC travels to Orlando after falling 2-1 to New England this past Sunday at Yankee Stadium. Teal Bunbury scored early for the Revolution in the third minute of play, with Lee Nguyen converting from the penalty spot in the 80th to double the advantage for the visitors. Alexander Callens would halve the deficit in the 93rd, but the rally came up short for the Pigeons in the end.

Anton Tinnerholm and Alexandru Mitrita sit tied for the team lead with four goals this season, with Mitrita now on loan to Saudi Arabian side Al-Ahli until January 2022. Goalkeeper Sean Johnson leads Major League Soccer with 63 saves this season.

Following Wednesday’s match, the Lions will head out on the road to face the New York Red Bulls for the second time this month on Sunday, Oct. 18 at Red Bull Arena with kickoff set for 7 p.m. ET.