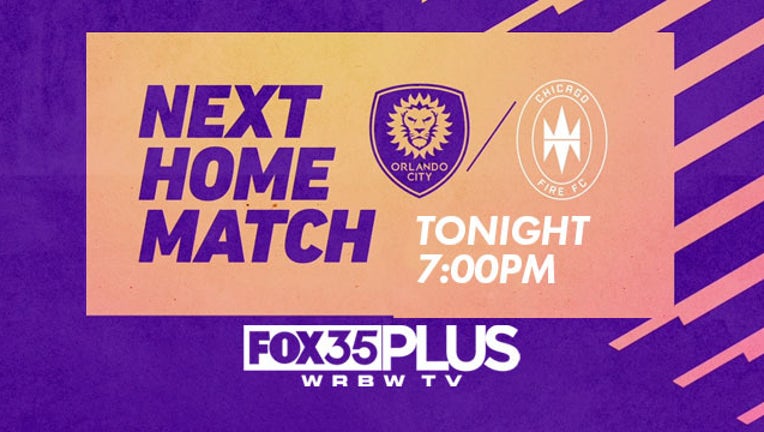 The match will be locally broadcast on FOX 35 Plus, while being transmitted on 96.9 The Game in English and Acción 97.9FM, 810AM in Spanish. A limited number of tickets for Saturday’s match are available here.

“I’m expecting from Chicago a team that has been improving lately, especially on the way their moving and building with the ball. As any other team, including us, every team gives some opportunities to their rivals that we expect to take advantage of,” Head Coach Oscar Pareja said. "I think it’s going to be a great match for us to keep adding points and hopefully we can have energy and be faithful to our forms and the way we have been playing. That’s what we’re aiming for in our preparation.”

The Lions enter Saturday’s match looking for back-to-back wins after defeating Inter Miami CF by a score of 2-1 this past Saturday. An own goal from Miami defender Andrés Reyes put the Lions ahead in the 34th minute, but the visitors from down south pulled level in the 65th with a finish from Brek Shea. Mauricio Pereyra would go on to score the eventual game-winner for the Lions in the 69th minute, good for his second finish of the regular season.

Chris Mueller leads City with six goals this season, followed by Daryl Dike and Nani with three apiece. Mueller also holds the team-high in assists with four to his credit.

Chicago comes into Saturday’s fixture after battling to a 2-2 draw with Columbus Crew SC at Soldier Field in its most recent outing. The Fire took an early two-goal lead with finishes from Djordje Mihailovic and Robert Berić in the 11th and 14th minutes respectively, but the Crew would go on to answer with a goal from Fatai Alashe in the 68th and another from Gyasi Zardes twenty minutes later, forcing the two sides to split the points on the night.

Berić leads the Fire with three goals this season, followed by Mauricio Pineda and Fabian Herbers with two each. Álvaro Medrán leads the side with three assists.

Following Saturday’s match, the Lions will head out on the road for their next two contests, facing a quick turnaround at Sporting Kansas City on Wednesday, Sept. 23 at Children’s Mercy Park. The team will then travel to face FC Dallas on Sunday, Sept. 27 in a match that will see Head Coach Oscar Pareja square off with his former club for the first time.