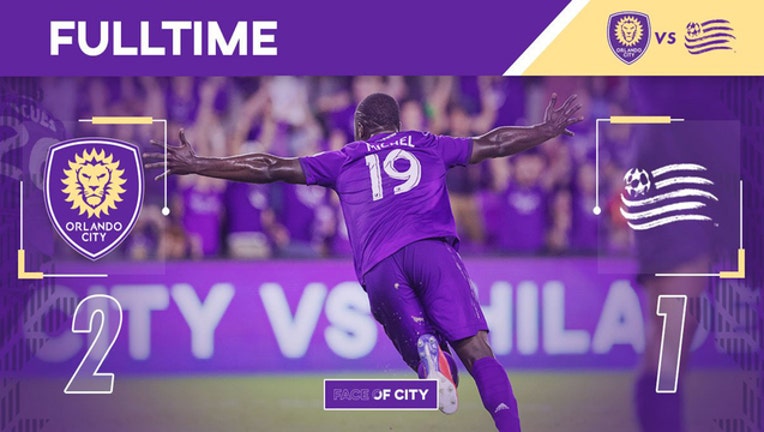 Homegrown Player Benji Michel's first professional goal in the 96th minute broke the deadlock when the 21-year-old Orlando native dummied a Carlos Ascues shot from the top of the box, then deftly steered the rebound into the corner before New England goalkeeper Matt Turner could reach it.

Orlando was fortunate to double its lead five minutes later, as a failed Ascues dribble fell to Tesho Akindele in the penalty area, and his almost reluctant, off-balance mis-hit deflected off of Andrew Farrell and rolled tantalizingly past the dive of a wrong-footed Turner.

New England pulled a late goal back on a header by Justin Rennicks for his first Revolution goal, and substitutes Juan Fernando Caicedo and Antonio Delamea both directed headers off target in the frantic final minutes.

The game only roared to life in the final 15 minutes of regulation when Orlando goalkeeper Adam Grinwis made a close-range kick save of a Teal Bunbury heel flick in the 75th minute. The chances came quickly after that, as New England's Caicedo and Orlando's Akindele both crashed shots off the post, and an 87th-minute Turner stop on Dillon Powers insured the game would reach extra time.