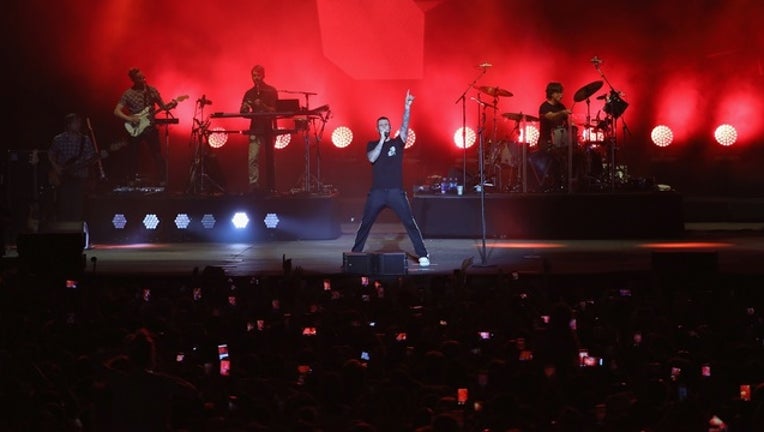 Adam Levine of Maroon 5 performs onstage during the Capital One JamFest onstage at the NCAA March Madness Music Festival at Hemisfair on April 1, 2018, in San Antonio, Texas. (Photo by Rick Kern/Getty Images for Turner )

ATLANTA (AP) - Maroon 5 has canceled its news conference to discuss the band's Super Bowl halftime performance, choosing to not meet with reporters as most acts have done.

The NFL announced Tuesday that "the artists will let their show do the talking as they prepare to take the stage this Sunday."

Maroon 5, with frontman Adam Levine, will be joined by Outkast member Big Boi and Houston rapper Travis Scott at halftime of the game between the Los Angeles Rams and New England Patriots. The NFL says instead of a news conference with the performers, it will use media platforms to show behind-the-scenes footage and content.

While Maroon 5 did not give a reason for its decision, it comes as some entertainers have said social injustice needs to be addressed during the Super Bowl.

That has led to some criticism of performers who are holding events in Atlanta. Jermaine Dupri said he was called a "sellout" for hosting a Super Bowl-related event during a meeting with people who had lost family members as result of police brutality. After the meeting, Dupri and the victims' family members came to a compromise and the music mogul plans to give mothers a platform to speak onstage during his Super Bowl Live event in Atlanta

Former NFL quarterback Colin Kaepernick helped start a wave of protests by kneeling during the national anthem to raise awareness to police brutality, racial inequality and other social issues.