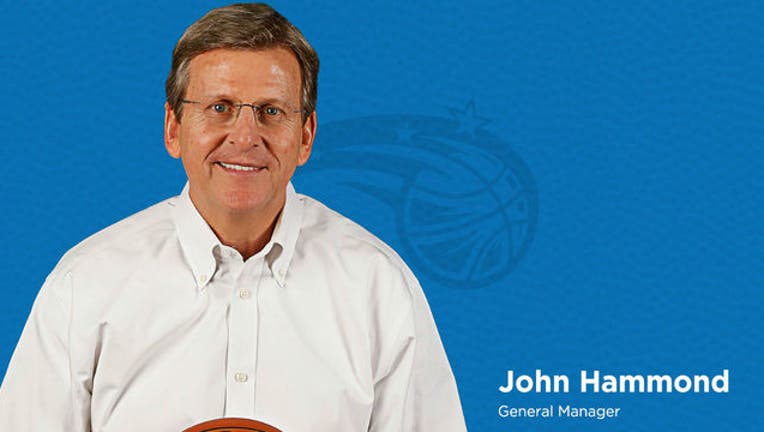 Hammond had been with the Bucks the past nine seasons.

Magic president of basketball operations Jeff Weltman, whose hire was announced Tuesday morning, worked under Hammond as an assistant general manager with the Bucks from 2008-13. The two also worked together with the Detroit Pistons from 2007-08.

Hammond replaces Rob Hennigan, who was fired last month after the franchise missed the postseason for the fifth straight season. The Magic have the No. 6 overall pick in next month's NBA draft.