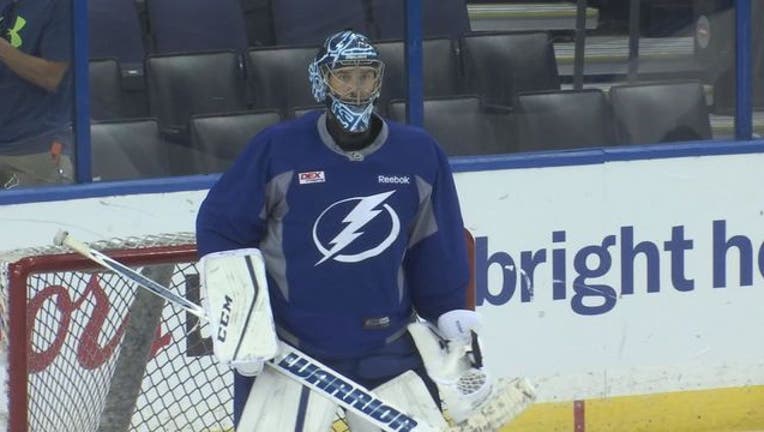 TAMPA (FOX 13) - The Tampa Bay Lightning struck the two biggest deals in franchise history in a matter of two days. The Bolts locked up defenseman Victor Hedman with an eight-year, $63-million deal to go along with Steven Stamkos's eight-year, $68-million deal.

"We are very pleased to announce the signing of Victor Hedman to an eight-year contract extension. Victor has matured into one of the top defensemen in the NHL and coming off the recent re-signing of our captain, Steven Stamkos,  we've secured another extremely important member of our team," Yzerman said in a released statement by the team. "I'm very appreciative of both Victor and Peter Wallen's efforts to reach an agreement with us at this time."

In other Bolts news, the team is also bringing back both goaltenders -- Andrei Vasilevskiy signed an extension for three years at $3.5-million per year.  And Ben Bishop is signed for another season at $5.95-million.

Yzerman worked the deal with Hedman a year before he was to become a free agent. Hedman played in 78 games with the Lightning last season, collecting 10 goals and 47 points to go along with a plus-21 rating and 46 penalty minutes. He led all Lightning defensemen for goals, assists (37), points and plus/minus. Hedman led all Lightning skaters for plus/minus, average time on ice (23:03), takeaways (48) and blocked shots (132). His plus-21 rating was a new career high.

The team's first round pick from 2009 led all Tampa Bay defensemen for goals in each of his past three seasons and has finished in the top two among Bolt blueliners for scoring in all seven seasons with the club.