While Tampa Bay's high-profile running backs were non-factors Thursday night, Jones went over 100 yards rushing for the second straight game. But the Buccaneers stalled in the second half of a 20-19 loss to the Chicago Bears.

"We definitely left a lot of points on the board," Jones said. "Tonight, we kept shooting ourselves in the foot, so ultimately it cost us the game."

Tampa Bay (3-2) signed McCoy in August and Fournette in September, but the 23-year-old Jones has been the team's most consistent back so far. McCoy had two carries for minus-2 yards in the first four games. Fournette had 103 yards rushing in Week 2 against Carolina -- and just 20 yards in his other two games. 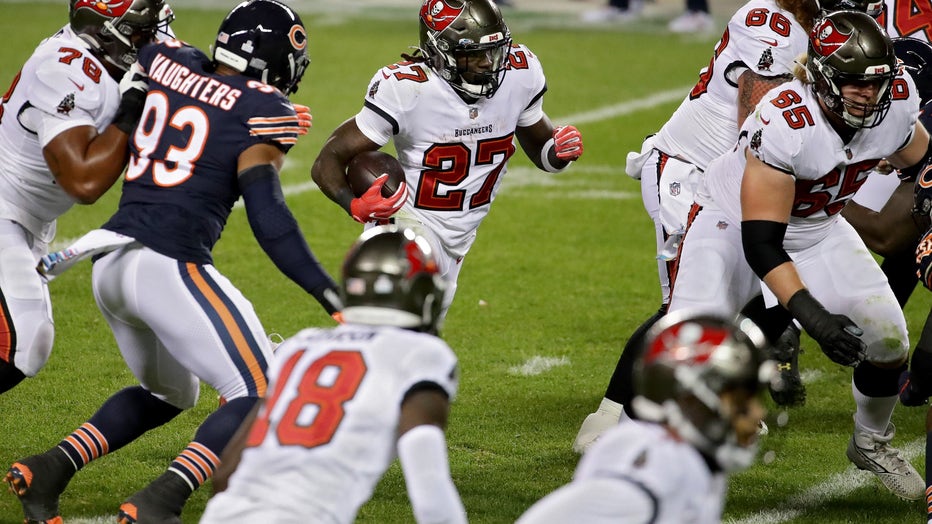 CHICAGO, ILLINOIS - OCTOBER 08: Ronald Jones II #27 of the Tampa Bay Buccaneers runs with the ball in the first quarter against the Chicago Bears at Soldier Field on October 08, 2020 in Chicago, Illinois. (Photo by Jonathan Daniel/Getty Images)

Jones has started all five games in his third season, and he leads the Buccaneers with 359 yards rushing on 74 carries. He also has 15 receptions for 76 yards.