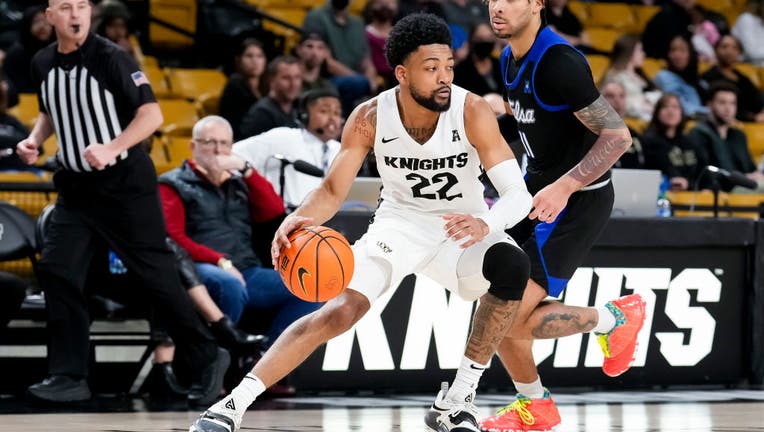 ORLANDO, FL - FEBRUARY 14: UCF Knights guard Darin Green Jr. (22) during the basketball game between the UCF Knights and the and the Tulsa Golden Hurricane on February 14, 2022 at Addition Financial Arena in Orlando, FL. (Photo by Andrew Bershaw/Icon

With 2.3 seconds remaining, Green caught an inbounds pass and launched from near the left baseline, the ball passing through the net as time expired.

The Knights improved to 2-0 against the Pirates for the season. Central Florida defeated East Carolina 92-85 on Jan. 18.