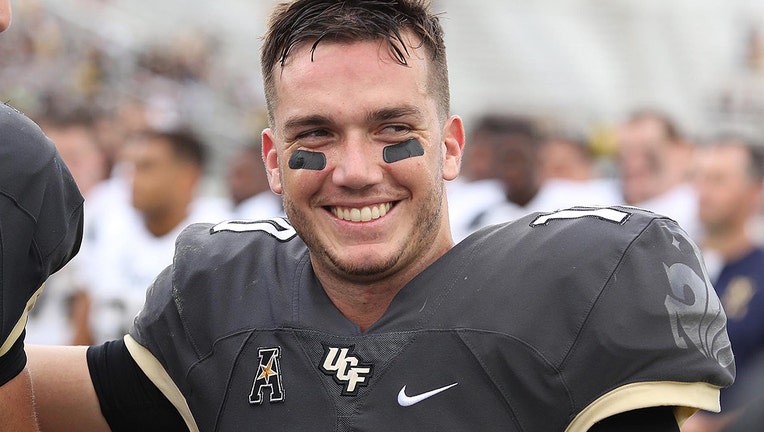 TALLAHASSEE, Fla. - Former UCF quarterback McKenzie Milton will suit up for the Seminoles as Florida State hosts Notre Dame on Sunday to open the season.

Three years ago, he almost didn’t get this chance.

"Personally, I feel like there’s nothing I can’t do on a football field," Milton told reporters in January. "When I look back on it, I want to have no regrets."

During UCF’s rivalry game against South Florida, Milton suffered a gruesome right knee injury and nearly had his leg amputated.

Milton’s road to recovery was long, but his doctor finally cleared him to play full-contact football in January.

"He loves the game of football, so whenever you’ve got love for something, you’re going to go the extra mile for it," UCF quarterback Dillon Gabriel said.

Milton left his mark in UCF’s record books. He finished as one of the program’s top quarterbacks.

"With the community in Orlando and just the fans, Knight Nation. Through the ups and downs, they always kind of have my back," Milton said.

TRENDING: Alligator in Florida bites drone out of the air, gets mouthful of smoke

Now, he hopes to blaze a new trail in Tallahassee.

"I’m just trying to live in the moment and enjoy this one year I have at Florida State and make the most of it," Milton said.