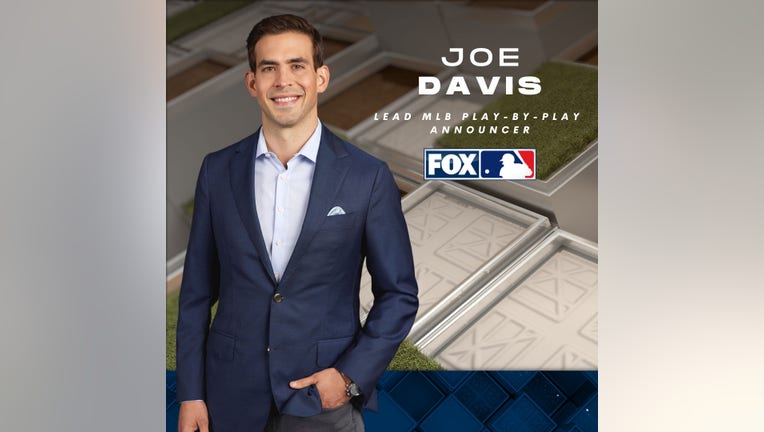 NEW YORK - Ace broadcaster Joe Davis, who was tapped in 2017 to succeed Vin Scully as a Los Angeles Dodgers announcer, is set to become the lead voice of Major League Baseball on FOX.

Davis will call the MLB’s crown jewel events, including coverage of FOX Sports’ 2022 MLB All-Star Game, MLB at Field of Dreams Game, and the MLB postseason — including the World Series. His first appearance in his new role is set for Saturday, May 28 on FOX.

"If you had asked me when I was 10 what I wanted to do when I grew up, I would’ve told you ‘Call the World Series.’ So when I say this is a dream-come-true, I really mean it," Davis said in a statement.

The sportscaster joined FOX Sports in 2014 as a play-by-play announcer for the network’s MLB, college football and college basketball coverage. Davis has been in the booth for FOX Sports’ Division Series coverage since 2017 and called a Championship Series game alongside Smoltz during the 2019 and 2020 MLB Postseasons, respectively. 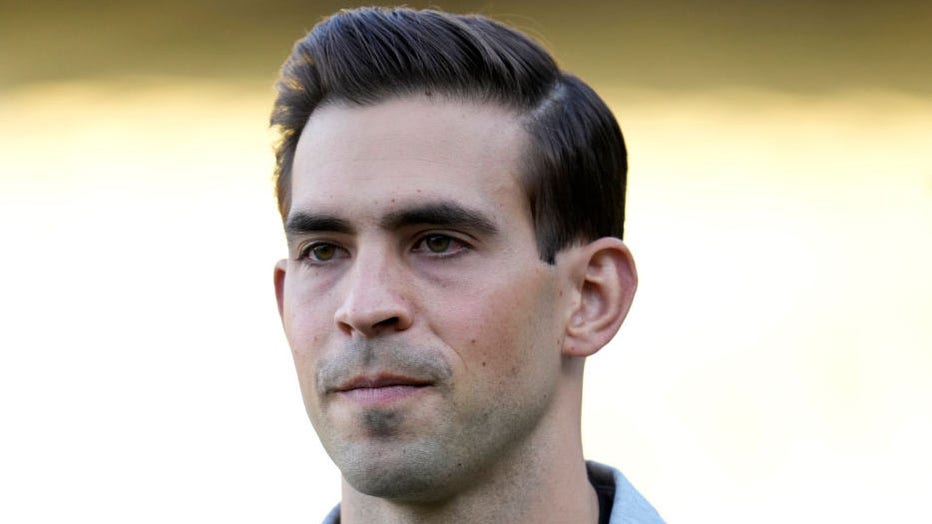 "One of the best parts about this is the team I get to work with," Davis added. "Obviously Smoltzy … I’ve had a blast getting to know John and building such a comfort together in the booth these last few years. He, Kenny and Tom, along with our producer Pete Macheska and director Matt Gangl, are all superstars – the absolute best at what they do."

With the recent departure of play-by-play commentator Joe Buck, Smoltz added that he, too, was excited to continue working with "the very best."

"I had the opportunity to work with the very best at FOX Sports in Joe Buck, and I feel fortunate to get to continue with another exceptionally talented ‘Joe’ in Joe Davis," Smoltz said.

The 99-day MLB lockout has come to a close of March 10, according to the Associated Press, as players voted to accept the league's latest labor deal offer, thus salvaging a 162-game regular season.

Davis attended Beloit College in Wisconsin, where he was a four-year letter winner on the school’s football team. During the offseason, he called baseball and men’s and women’s basketball games for the school’s athletic department on local radio and television.

While still in college, Davis scored a job with the Schaumburg Flyers baseball team of the independent Northern League, serving as the team’s play-by-play voice and media relations director. He then landed a role as the play-by-play voice of the Montgomery Biscuits, the Double-A affiliate of the Tampa Bay Rays. Davis called Biscuits games for three seasons and was named the Southern League Broadcaster of the Year in 2012.

At just 24, Davis made the leap to national television and joined ESPN in 2012 as an announcer, ultimately lending his call to college baseball, basketball, football, hockey and softball games. Davis also appeared in spot duty for MLB contests on ESPN Radio. In 2013, Davis was assigned to the network’s broadcast of the Poinsettia Bowl, becoming the youngest person to ever announce a bowl game for ESPN at age 25, according to a statement from FOX Sports.

Davis was hired by SportsNet LA in 2015 to serve an alternate play-by-play commentator for the Dodgers during the 2016 season. He then became Scully's successor for the 2017 season after the longtime broadcaster's retirement.

RELATED: 'It's been quite a lot to bear': Vin Scully mourns deaths of wife Sandra, dear friend Tommy Lasorda