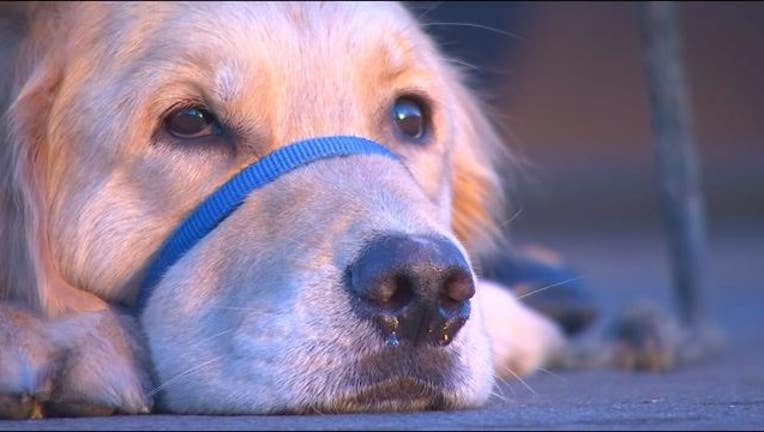 An ex-Marine awarded a Purple Heart after being wounded in combat says his bosses won’t let him come to work with his trained service dog.

“I was told by my supervisor that HR said that if I showed up with the dog I’d be fired,” Yaunce Long told Fox & Friends Saturday.

Long said he installs phone lines for Cincinnati Bell in Ohio. He has a service dog, named C4, to help him control anxiety caused by post-traumatic stress disorder (PTSD). He was diagnosed with the condition after a 10-year stint in the Marines in Afghanistan and Iraq. He was with counter-intelligence.

Long said that each day for a week he was sent home without pay when he showed up with C4.