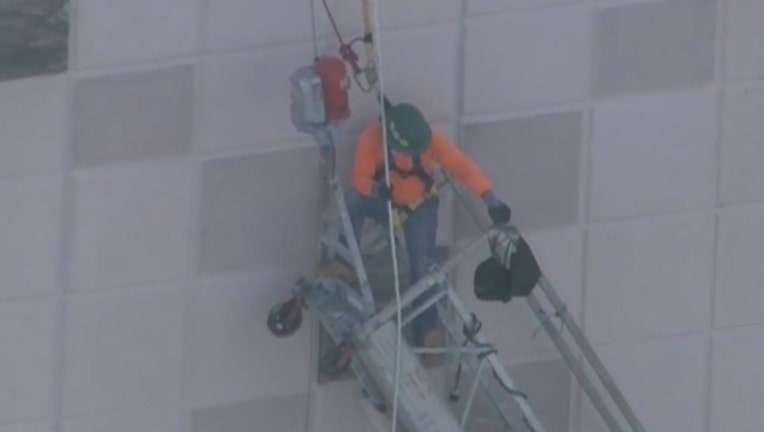 PALMETTO BAY, Fla. - A scaffolding broke in South Florida Tuesday morning, prompting the rescue of two construction workers who were dangling off the side of a building in mid-air in Palmetto Bay.

Miami-Dade Fire Rescue were on scene and told WSVN that both construction workers were secured by ropes in their harnesses.

Video showed firefighters being lowered with ropes and using a bucket from a firetruck to reach the workers. Firefighters were able to reach one worker with the bucket, and a firefighter was being lowered to help reach the other worker, who was harnessed with ropes and still standing on top of the broken scaffolding. Watch the video of the rescue on Facebook below (mobile users click here):

This story is developing. Stay with FOX 13 for updates.