A 23-year-old woman who fell 80 feet from a balcony in San Pedro, Mexico, after practicing “extreme yoga” has shared an update claiming that she is recovering “quickly.”

Alexandra Deabler | Fox News - A 23-year-old woman who fell 80 feet from a balcony in San Pedro, Mexico, after practicing “extreme yoga” has shared an update claiming that she is recovering “quickly.”

In August, college student Alex Terrazas was photographed practicing a yoga pose, hanging upside down over a balcony railing with her knees bent. She lost her balance and fell from the sixth floor of the apartment building, causing her to break 110 bones and undergo 11 hours of surgery, according to Mexican newspaper El Universal.

Now, nearly two months later, the woman has revealed she is recovering well, despite the massive injuries she sustained, according to published reports.

According to Mexican news outlet Milenio, Terrazas has made significant improvements in her health.

"I really want to send you thank you so much for so much prayer, for so many good vibes, I feel very great, and thanks to that I have made many advances, even the doctors are shocked and they did not believe that my body would react so quickly," she said in a translation, Milenio reported. 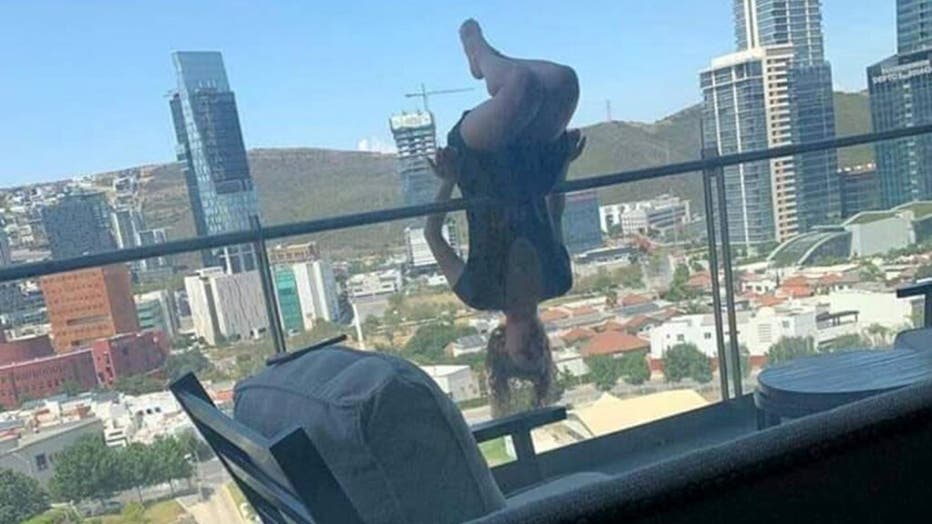 Alexa Terrazas, 23, a college student in Mexico, survived after reportedly falling 80 feet from a sixth-floor balcony while performing a yoga pose over a railing last weekend.

The outlet reported that Terrazas recently had surgery on one of her elbows to help restore the mobility of her hands and arms. She also receives daily physical therapy.

Though the nutrition student reportedly will need to have more surgeries in the future, she has been positive about recovery.

"Thank God it was an incredible day yesterday, I had a lot of progress, I had the opportunity to stop for the first time after almost a month and a half, I could have dinner alone, I achieved a lot of things yesterday, I am very proud," she said in a translation reported by Milenio.