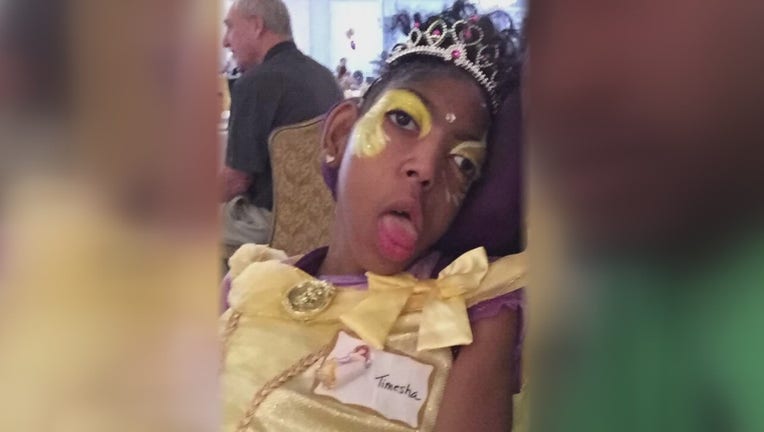 (FOX 2) - A woman who was falsely declared dead this summer by Southfield EMS paramedics has died, the family's attorney Geoffrey Fieger announced Monday.

Fieger said Timesha Beauchamp died on Sunday, Oct. 18 peacefully at Children's Hospital. Fieger said she died as a result of massive brain damage that was suffered when Southfield paramedics wrongly declared her dead and failed to provide her much needed oxygen.

That happened back on August 23 and Beauchamp was transferred to a funeral home where she was found to still be breathing.

When paramedics arrived, they determined the 20-year-old wasn't breathing and performed CPR and other life-reviving methods for 30 minutes. "Given medical readings and the condition of the patient, it was determined at that time that she did not have signs of life," read a statement from the Southfield Fire Department.

Earlier this month, a $50 million lawsuit was filed on behalf of the family by Geoffrey Fieger.

The suit says because of the false declaration, Beauchamp was left without much-needed oxygen for hours, ultimately placed in a body bag and transported to a funeral home. As the funeral home unzipped the body bag to prepare Timesha for embalming, they discovered her eyes were open, she was breathing and very much alive.

“The State of Michigan has suspended the licenses of the EMS employees involved. All the telemetry evidence shows that Timesha was alive when EMS declared her dead. As a result of being declared dead, she was left without oxygen for 4 hours, suffering severe hypoxic brain damage. Timesha has been hospitalized since these events and remains in critical condition. All of this could have been avoided, had more care been taken," Fieger said in a news release announcing the lawsuit.

Fire Chief Johnny Menifee said the firefighters checked three different times for vital signs but none of them showed any signs of life.

Since then, the licenses of those involved were suspended, but those paramedics and EMTs have also sued to keep those licenses.