Several nuisance bears have been around Central Florida lately. In some cases, people have been injured by the wild animals. One woman thinks that she has the answer to keep people safe.

SANFORD, Fla. - Several nuisance bears have been around Central Florida lately. In some cases, people have been injured by the wild animals.

A pair of Christmas Day bears at a front door in Sanford, two bear attacks in one week in Volusia County in less than a week in January, and an invasion of hungry bears at an apartment complex in Altamonte Springs – bears are a big problem.

One woman thinks that she has the answer to keep people safe.

"There’s been an exponential uptick. And people needing these straps and needing to secure their trash," says Katrina Shadix, with Bear Warriors United.

Shadix runs the program "Bear Warriors United" and her goal is to help people and bears coexist.

"When I saw this opportunity to save bear lives with such a simple, easy fix, there was no way I could say no to it and not devote the rest of my life to this," Shadix adds. 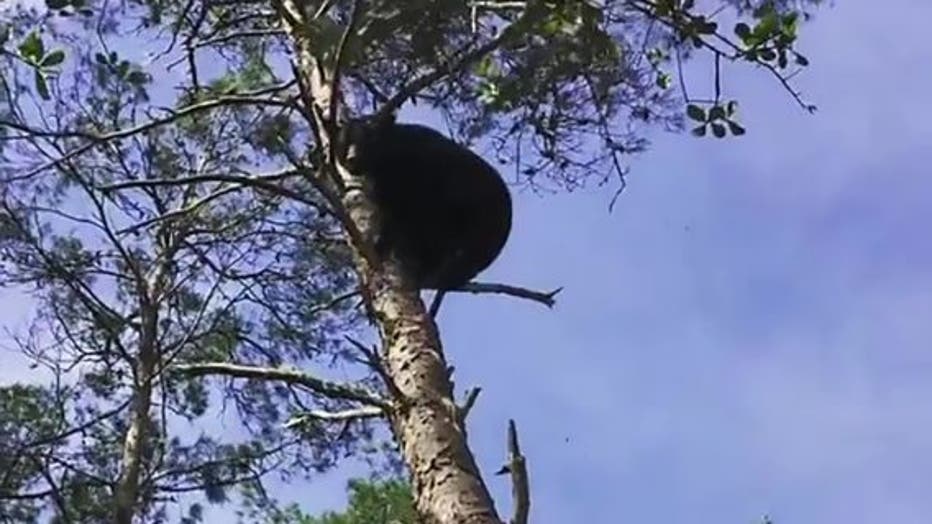 She received calls from people all over Central Florida asking for help.

Bears are eating their trash, and a bear-proof trash can costs upwards of $250.

Shadix came up with a solution. She sends people "Bear Care" packages that include one bear whistle to scare bears away, four bear straps to secure garbage cans, and educational reading about how to safely live with bears.

Protecting your trash from bears is actually pretty easy. By using the straps and latching them in, the bears can’t get inside the bins.

"With providing these straps for free it’s taking away all the excuses to not be living responsibly in bear country," says Shadix.

Shadix says she gets the money through fundraising, and if that doesn’t cover it, she pays for the contents and shipping herself.

Each Bear Care package costs about $20 to assemble. She sent about 5,000 since she started the initiative – that $100,000 in bear care packages.

"It has saved countless bear lives and it’s given people the feeling of safety," says Shaxix.

You can learn more about the Bear Care packages and the mission of Bear Warriors United here.  To receive a bear care package, contact Shadix through email at BearWarriorsUnited@gmail.com