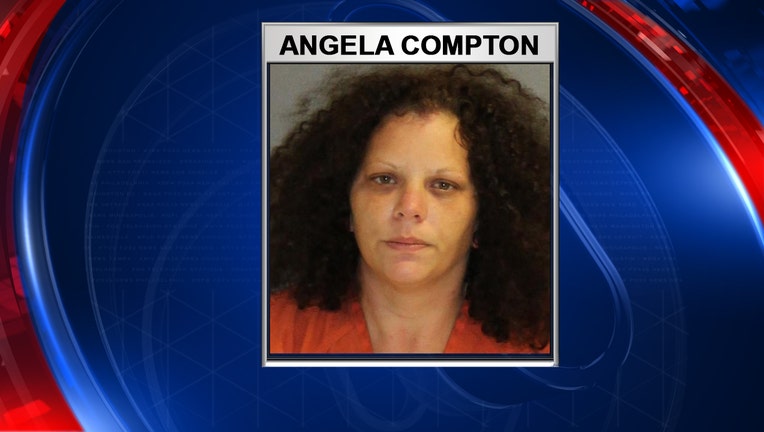 OAK HILL, Fla. - A Florida woman has been charged with second-degree murder in the stabbing death of her boyfriend.

Deputies say Angela K. Compton, 37, of Oak Hill, used a letter opener to kill Neal Goodrich Jr., 50, outside Goodrich Seafood Restaurant.  A camera near the scene captured video of the incident, according to a news release.

Investigators say the video shows Compton and Goodrich arrive at Goodrich Seafood in separate vehicles, approach a boat at the water’s edge near the restaurant, and then engage in a physical altercation. After several seconds, Compton appears to stab Goodrich multiple times.

Through interviews with Compton and a witness, detectives determined that Compton threw the weapon into the water. Goodrich sustained multiple stab wounds to the upper torso. After he was injured, he got into a vehicle with another person, left the scene and was transported to Advent Health Hospital in New Smyrna Beach, where he was pronounced dead.

Compton has been booked at the Volusia County Branch Jail, where she is being held without bond.