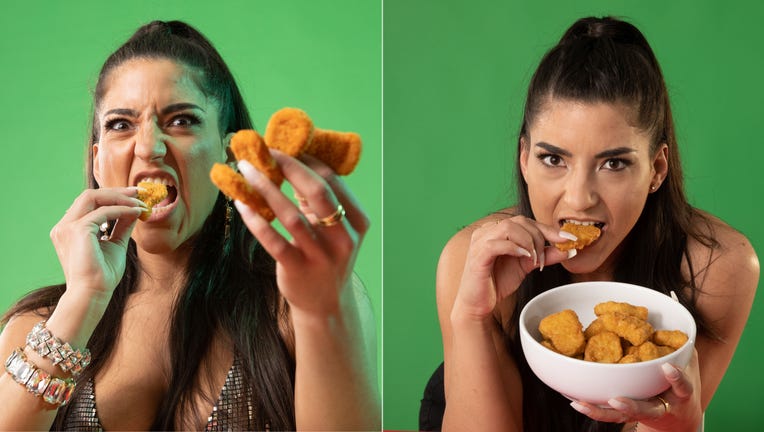 A competitive eater in the U.K. has snatched a world record for most chicken nuggets eaten in one minute.

Shutkever ate 352 grams (12.42 ounces), or the equivalent of 19 McDonald's Chicken McNuggets, in 60 seconds. The previous record was held by model and competitive eater Nela Zisser, who ate 298 grams (10.51 ounces) of chicken nuggets in November of 2020 in New Zealand, according to Guinness World Records.

"Although she ‘only’ managed to eat 19, leaving the record holder disappointed about her performance, she still surpassed Nela’s previous result by 54 grams," the world record-keeping company said in a post about the new title.

Shutkever, who has also gained a following on YouTube, is also the proud holder of another chicken-nugget record: most chicken nuggets eaten in three minutes. In 2020, she ate 775.1 grams of nuggets – beating the 746 grams (26.31 ounces) previously achieved by Thomas Welborn in 2017.

The competitor has also racked up other speed-eating titles:

Last February, Nela Zisser posted a video of herself eating 10 Burger King Whopper hamburgers as part of her "Girls VS. Food" series.

Shutkever began her career as a competitive eater in her early 20s when her brother challenged her while they were eating at a local restaurant in the West Midlands of England, according to Guinness World Records.

"After that, she developed a true hunger for shattering goals," Guinness World Records said. "Leah set herself some ambitious targets and, after starting her competitive eating training in 2013, she started breaking records in 2019."