Track Santa's 2019 journey across the world for Christmas

The toys have been loaded into the sleigh and Santa Claus is on his way.

COLORADO SPRINGS, Colo. - He’s made his list, he’s checked it twice — and now he’s on his way.

After working all year round in preparation for Christmas 2019, the toys have been loaded into the sleigh and Santa Claus has left the North Pole with his reindeer to bring joy to children all over the world.

For kids eager to find out when he’ll be arriving at their house, Santa’s movements can be tracked on the North American Aerospace Defense Command’s annual NORAD Tracks Santa as he delivers presents around the globe.

LIVE: Find out where Santa is right now on NORAD’s 2019 tracker

On Dec. 24, kids worldwide can also call 1-877-Hi-NORAD to speak to a live phone operator to get his up-to-the-minute location, email noradtrackssanta@outlook.com or follow the official NORAD Tracks Santa social media channels.

NORAD's public affairs officer, Canadian Army Major Andrew Hennessy, told Newsweek that Santa usually begins his yuletide path at the international date line heading west, but he can be affected by weather from time to time.

"Santa calls the shots, we just track him," Hennessy said.

Google also launched its own tracker to follow jolly ol' St Nick at Santatracker.google.com, featuring games to play while you wait. 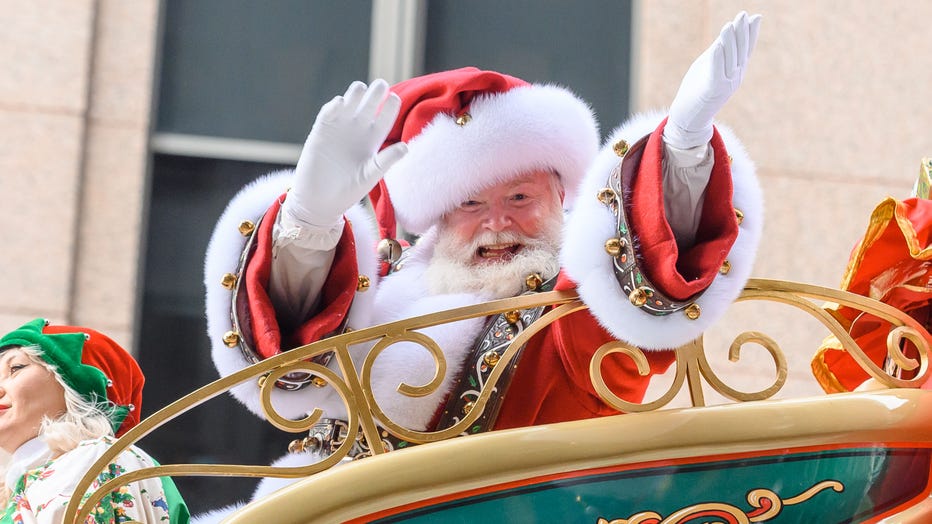 Last year, Santa arrived over the U.S. around 10:15 p.m. ET, starting in South Carolina and making his way up the East Coast before heading all across the country, according to the Atlanta Journal-Constitution.

But remember — Santa sees you when you’re sleeping and he knows when you’re awake, so it’s best to get to bed early on Christmas Eve in anticipation for his arrival.