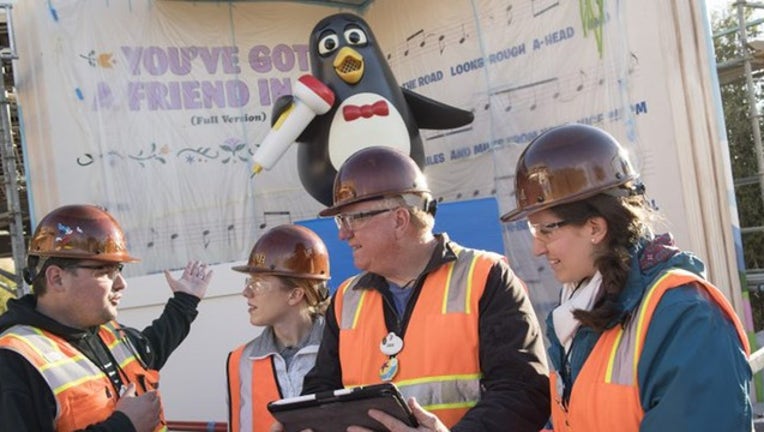 The squeaky penguin will join Andy's other toys, including Jessie, Rex, and Slinky Dog.

Visitors will be able to experience all their favorite characters from the Disney-Pixar animated film "Toy Story," as  Woody, Buzz, Slinky Dog, the Aliens and the Green Army Men come to life in the larger-than-life outdoors setting of Andy's backyard.

Toy Story Land will include two all-new attractions and one expanded favorite.