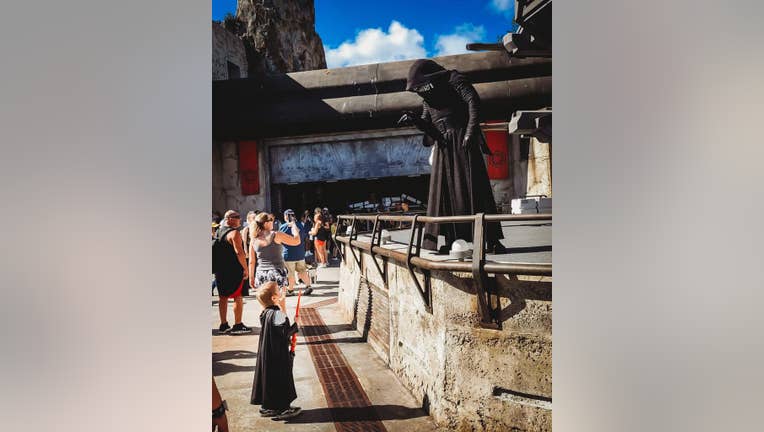 LAKE BUENA VISTA, Fla. - A little boy interacting with Kylo Ren at Disney's Hollywood Studios could be joining the Dark Side or rejecting it.

This moment was caught on camera by Carrie Henry and her husband.

The two were at Hollywood Studios in Star Wars Galaxy's Edge and saw the young boy being called up to speak to Kylo Ren.

Henry said, "I know the little boy's parents were standing behind him and my husband snapped this picture of him from the side, and we just thought it was adorable."

The photo was posted in a Disney World passholder group with hopes of the little boy and his parents seeing the photo.