Sen. Harris was in Orlando on the first day of early voting, holding a socially-distanced drive-in rally.

She hosted a drive-in, socially-distanced rally at the Orange County Fairgrounds.

“Today, I had to come here on the kick-off of early voting in Florida because you all are going to make it happen. You will make it happen,” Sen. Harris said.

Only 115 cars, with up to three people were allowed in. Each vehicle gathered under an open-air roof with strict rules.

“You had to stand near your car. In fact, the email said within arms distance. Everyone was pretty good with that,” said rally-goer Shana Jerouix.

“Everyone had their mask on during the thing,” Mariana Hernandez told FOX 35 News.

Both said they felt safe. 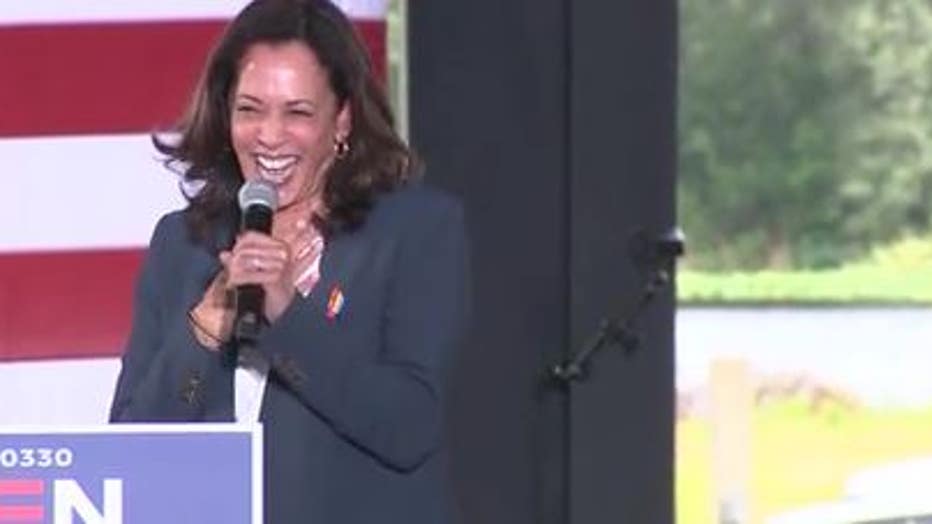 Today’s drive-in rally was a stark contrast from what Central Florida saw at President Trump’s rallies in Sanford and Ocala last week, where his supporters were sitting shoulder to shoulder.

Many were not wearing masks.  A similar sight was seen outside of the Biden/Harris rally Monday where Trump supporters waved Trump/Pence signs standing very close to each other, cheering, blowing whistles -- most not wearing masks.

FOX 35 News asked those out supporting Harris on Monday if the rally lost its effectiveness and feel because of the social distancing rules put in place by the campaign.

“We're living in a very different way than the way we were before,” Hernandez said.  She brought her mother along.

“The fact we can do this safe and can do things and still support our candidates wisely, as opposed to the other side, I think it made it more special,” Jerouix said.

She brought her 15-year-old daughter along.  She made a point of noting her daughter is doing distance learning because she does not feel school is safe for her right now, but that she felt the socially-distanced rally was safe.