Virgin Trains USA is in talks with Walt Disney World Resort about the proposed extension of the high-speed rail to the attraction and the possibility of a station on Disney property.

ORLANDO, Fla. - Virgin Trains USA, formerly Brightline, confirms to FOX 35 News that it is in talks with Walt Disney World Resort for a station on the property.

Virgin Trains says adding a stop on the Disney World property would help transform the region.

"A proposed station would provide a direct rail connection to Orlando International Airport and serve as the initial segment for Virgin Trains’ future extension to Tampa. A Disney station would offer the 126 million visitors and 21 million residents of Florida a car-free option to the state’s most visited attraction and one of the world’s greatest destinations," said Ben Porritt, Senior Vice President for Virgin Trains.

A Disney Spokesperson says, “As the top vacation destination and largest single-site employer in the United States, Walt Disney World Resort is an obvious choice for a rail station between Orlando International Airport and Tampa. We have been in conversations with Virgin Trains USA, and, while we have not yet made any definitive commitment, we have mutually agreed to more formally explore developing a train station on our property. Intercity passenger rail will be a boost to the local economy, and we support their investment in the Central Florida region as we continue to grow and expand.” 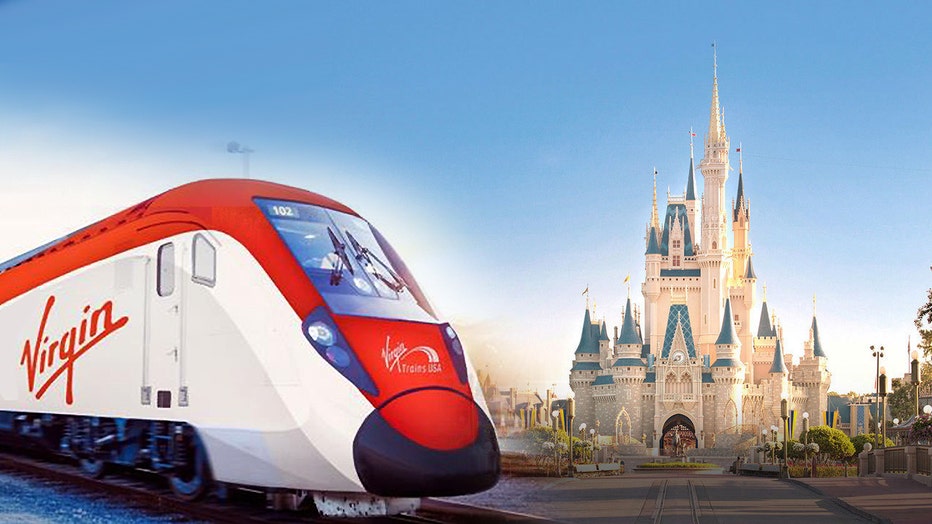 High-speed rail service is already being offered by Virgin Trains between Miami and West Palm Beach, and construction is now underway for a connection to Orlando.

The $4 billion projects include 170 miles of track that will accommodate trains traveling upwards of 125 miles per hour during a three-hour trip between Central Florida and South Florida.

Virgin tells FOX 35 News it is in active discussions with leaders along the Space Coast to add a stop there. Trains are expected to begin running by the end of 2022, with one-way tickets starting at $60.

The project is expected to bring 3,000 new, permanent jobs to Central Florida.