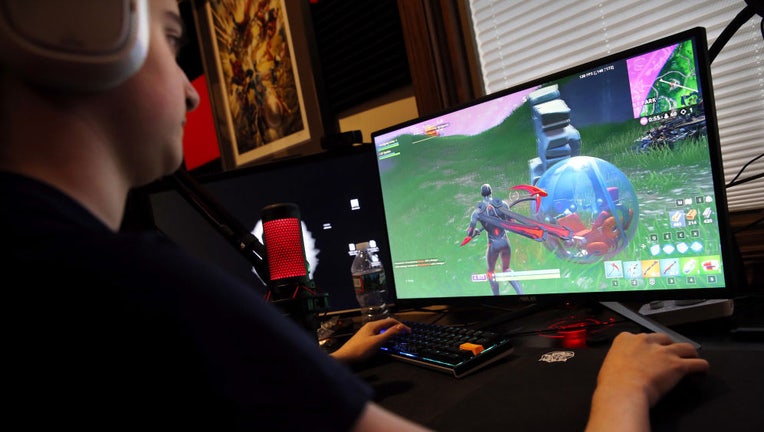 FILE-A teen plays Fortnite at his home in Sudbury, MA on May 30, 2019. (Photo by Craig F. Walker/The Boston Globe via Getty Images)

Video games may seem like a fun activity and an alternative to playing sports for kids, but a new study finds that gaming may not always be a safer option and could actually trigger deadly heart rhythms in vulnerable children.

Researchers in Australia created a study based on 22 cases of kids who suffered heart rhythm disruptions while playing video games, although the children's ages were not shared.

The children in the study suffered a blackout event while gaming, while some went into cardiac arrest and died.

The Mayo Clinic defines cardiac arrest as an abrupt loss of heart function, breathing, and consciousness resulting from an issue with the heart’s electrical system, which disrupts your heart while beating and can stop blood flow to your body. When the cardiac arrest isn’t treated immediately, it can be deadly.

Researchers found that many of the kids who suffered heart issues were playing "multi-player war games," although the study doesn’t mention which games triggered these reactions.

RELATED: Are your kids playing too many video games? You may want to sign them up for this

"Video games may represent a serious risk to some children with arrhythmic conditions; they might be lethal in patients with predisposing, but often previously unrecognized arrhythmic conditions," lead investigator Claire M. Lawley, a pediatric cardiologist at Sydney Children's Hospitals Network in Australia, said in a statement. "Children who suddenly lose consciousness while electronic gaming should be assessed by a heart specialist as this could be the first sign of a serious heart problem."

In some cases, kids who suffered cardiac problems while playing video games would enter into what researchers defined as "excited states." These "excited states" would occur if they either won or lost a video game competition or got into a conflict with their peers.

"We already know that some children have heart conditions that can put them at risk when playing competitive sports, but we were shocked to discover that some patients were having life-threatening blackouts during video gaming," co-researcher Christian Turner with Sydney Children's Hospitals Network in Australia said.

Lawley concluded in the study that kids experiencing a loss of consciousness playing video games should get evaluated by a heart specialist because it could be an initial sign of a "serious heart problem."

FOX 9 Minneapolis contributed to this story. This story was reported from Washington, D.C.