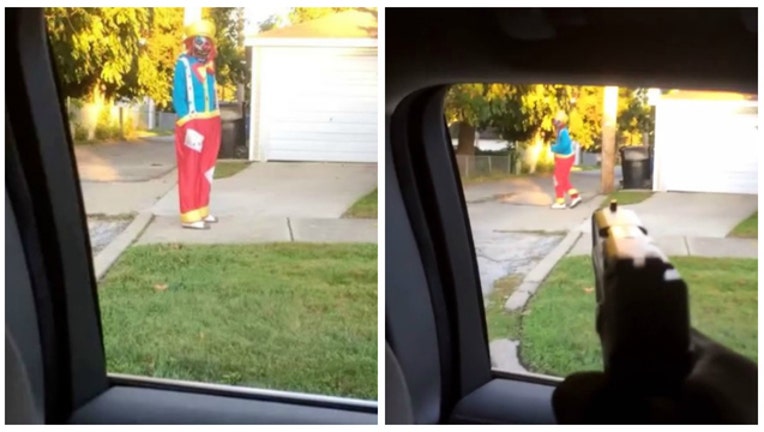 FOX 32 NEWS - A video uploaded to Instagram appears to show a group of men in a car scaring off a clown who was wandering the streets of Chicago.

The Instagram post does not say which neighborhood the incident took place in, but it did happen on the Far South Side.

In the video, a car full of men pull up to the clown standing on the sidewalk and try engaging in conversation with it. After a few seconds, one of the guys pulls out a gun and tells the clown to basically get out of here.

The clown then begins running down an alley to get away from the vehicle of men.

The man who posted the video is Billionaire Black, who is a relatively well-known Chicago rapper from the South Side.