The Brevard County Sheriff's Office says Christopher Sloan broke in through the side door of the house on School Street, in Cocoa. The victims say it caught them by surprise in the middle of the night.

COCOA, Fla - Christopher Sloan is now booked into the Brevard County Jail. The women he allegedly attacked said that from the moment he broke into their room, it was clear what he was after.

"Basically insinuating he was there to rape us – the things that he was saying," said one of the women. "So in my head, I was thinking, 'Oh my god, he's here to rape us, you know?'" Neither of them wished to be named.

The Brevard County Sheriff's Office said Sloan broke in through the side door of the house on School Street in Cocoa. The victims said it caught them by surprise in the middle of the night. "We're laying down in our bed, and all of a sudden you just hear ka-boom!" one of the women said. 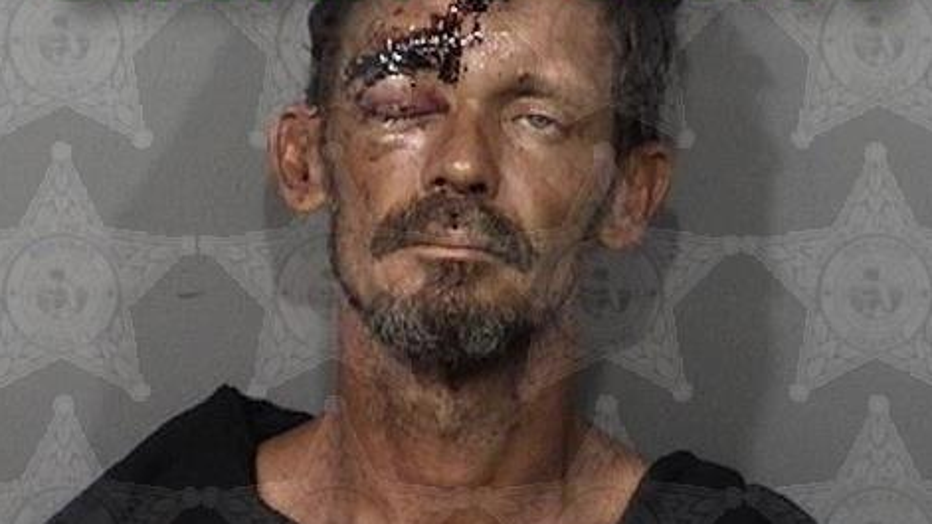 The women said one of them hid in the bathroom, while the other stayed in the bed as he walked around their bedroom in the dark. But then they say it was clear they had to defend themselves. "I was like what are you gonna do? I just ran out of the bathroom and stabbed him in the neck with a comb," she said. "When I ran out the bedroom, he went to go follow me and that's when she hit him with a fan."

One of the women grabbed her phone and called 911. They said a deputy got there fast, while one of them fought Sloan with a kitchen knife. "I would say like three minutes, he did a great job, because he was here so fast and he didn't even wait for backup," the woman said.

Deputies arrested a bloody and battered Sloan, who has a criminal record dating back to 2010. He is charged with assault, burglary, and criminal mischief in this case.

The women were already packing to move out when this happened. They said they are just happy to be alive and safe. "I'm thankful that we were able to defend ourselves the way we did, and it turned out the way it did, 'cause it could have ended worse."