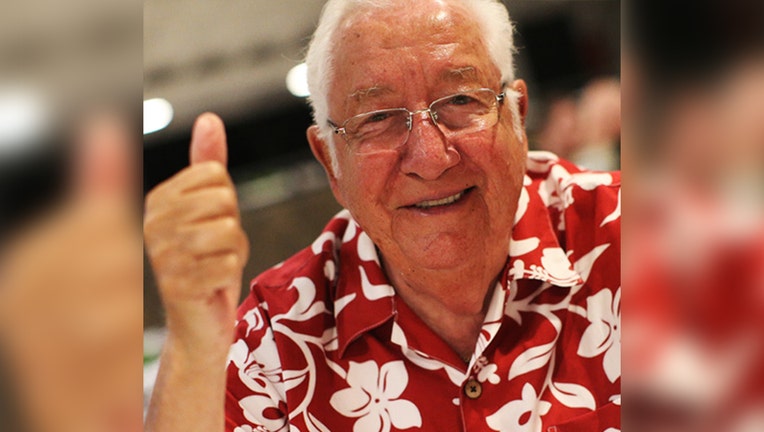 LOS ANGELES - Vans on Friday announced the passing of the company's co-founder Paul Van Doren. He was 90 years old.

"It's with a heavy heart that Vans announces the passing of our co-founder, Paul Van Doren." the Costa Mesa-based company wrote in a statement on Twitter. "Paul was not just an entrepreneur; he was an innovator. We send our love and strength to the Van Doren family and the countless Vans Family members who have brought Paul’s legacy to life."

Brothers Paul Van Doren and Jim Van Doren along with partners Gordon Lee and Serge Delia opened a small manufacturing storefront on March 16, 1966, located at 704 E. Broadway in Anaheim. On that first morning, 12 customers purchase shoes, which are made that day and ready for pick-up in the afternoon, according to the company's website.

The name "House of Vans" was coined in the early 1970s. The brand was popular among skateboarders, who liked the shoes' rugged make-up and sticky soles.

By the end of the 70s, Vans had 70 stores in California and sold through dealers both nationally and internationally.

In 1995, Vans sponsored the Warped Tour for the first time and later went on to buy a controlling interest in what is now the Vans Warped Tour, the longest-running concert series in America.

In the year 2000, Vans was recognized by Forbes as one of "America's best small companies for 2000."

The Van Doren brothers started their company with a $250,000 investment and sold it in 2004 for $396 million to VF Corp., which also owns Supreme, The North Face, Timberland, Dickies, Eastpak and Jansport.

The brand continues to be widely popular today.