CORVALLIS, Ore. - More than 11,000 scientists from around the world have issued a warning about climate change, declaring "clearly and unequivocally that planet Earth is facing a climate emergency," in a new report published in BioScience.

“Scientists have a moral obligation to clearly warn humanity of any catastrophic threat and to ‘tell it like it is,’” the report says.

The scientists behind the report warned that “untold suffering” is what awaits an unchanging world, and they say that excessive consumption of wealthy lifestyles is most responsible for the current crisis.

This year marks the 40th anniversary of the First World Climate Conference, held in Geneva in 1979, and the report is an attempt by modern scientists to finally drive home the conference’s messaging, which the world has largely ignored over the past four decades.

Scientists from 50 nations converged at the First World Climate Conference and came to the agreement that there were enough alarming trends for climate change occurring that the world needed to act urgently to counteract the effects.

But 40 years later, countless other alarms have been rung by scientists about the inevitable demise that the world and its populations face if climate change is not reversed, yet people are still arguing about whether or not climate change is even an issue worth our attention.

“The climate crisis has arrived and is accelerating faster than most scientists expected,” the scientists behind the report assert. “It is more severe than anticipated, threatening natural ecosystems and the fate of humanity... These climate chain reactions could cause significant disruptions to ecosystems, society, and economies, potentially making large areas of Earth uninhabitable.”

“An immense increase of scale in endeavors to conserve our biosphere is needed to avoid untold suffering due to the climate crisis,” the study’s authors wrote. 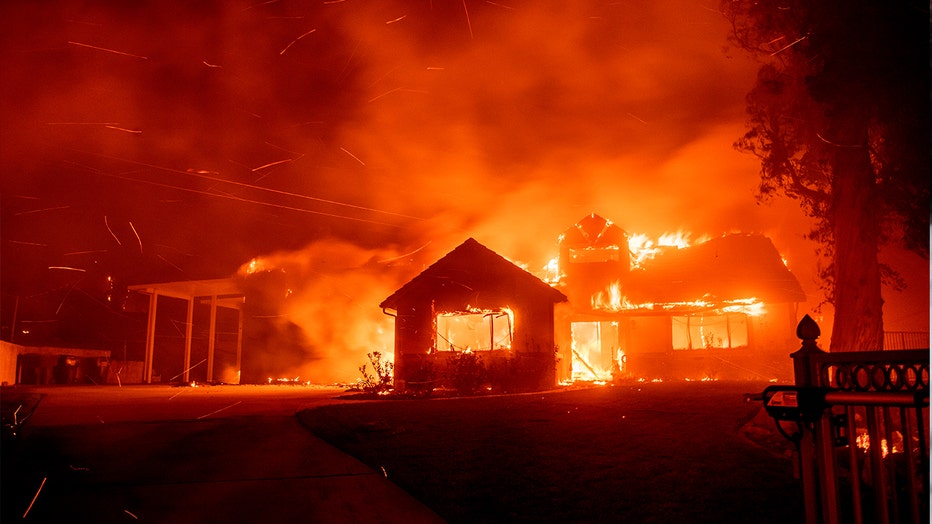 A home burns during the Hillside fire in the North Park neighborhood of San Bernardino, California on October 31, 2019. Scientists warn the effects of climate change, like the influx of devastating fires California endures each winter, will only get (JOSH EDELSON/AFP via Getty Images)

The report offers up suggestions on how such an immense change can be achieved.

The report places responsibility on wealthier, more developed nations to support poorer nations to make the transition away from from fossil fuels to renewable energy.

In addition, the report calls for a reduction of short-lived pollutants (methane, black carbon, etc.), restoration of Earth’s ecosystems (coral reefs, forests, wetlands, etc.), switching to a mostly plant-based diet while reducing global consumption of animal products, curtailing excessive extraction of materials and over-exploitation of ecosystems for resources, and finally, a concerted global effort to stabilize the world’s population with the goal of eventually gradually reducing it.

The scientists behind the report say they remain hopeful, despite the great challenge that lays before humanity in solving the climate change problem, in large part due to the recent surge of concern.

“Governmental bodies are making climate emergency declarations,” the authors wrote. “Schoolchildren are striking. Ecocide lawsuits are proceeding in the courts. Grassroots citizen movements are demanding change, and many countries, states and provinces, cities, and businesses are responding.”