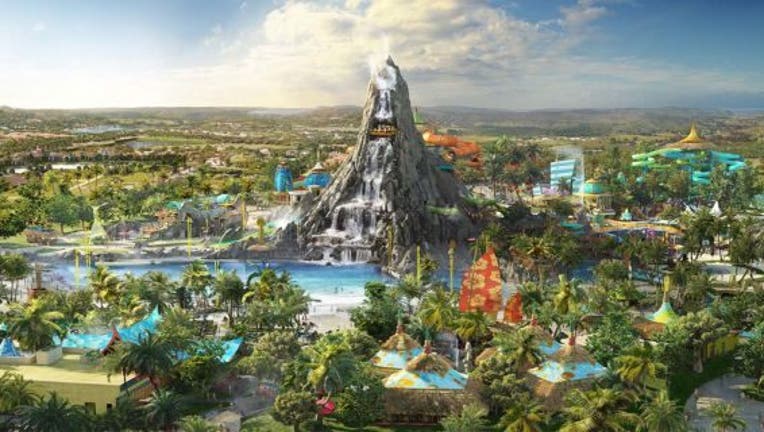 In a tweet on Thursday, the theme park announced that the park will reopen on February 27. The water park previously said it would reopen "on or before March 1, 2021."

The water park has been closed since Nov. 2 for seasonal maintenance.

"Volcano Bay’s enhanced health and safety procedures will be in place when the park reopens on February 27 and reflect the guidelines that debuted last year," Universal said in a press release. "Key measures include temperature screenings for guests and team members, limiting capacity at the park and on attractions – including rivers and pools, enforcing social distancing, aggressive cleaning and disinfection procedures, and requiring face coverings inside restaurants, retail locations and when entering and exiting the park."

Face coverings are not permitted on the slides and in the pools.

Universal has a big summer planned for 2021 as Central Florida theme parks try to get as close to normal as they can amid the coronavirus pandemic.

This summer, Universal will open its highly anticipated Jurassic World VelociCoaster. The thrill ride is currently under construction at Universal's Islands of Adventure.

Universal's described the ride in a press release sent to FOX 35 News:

"This new species of roller coaster touts a series of intense maneuvers that will send guests catapulting up to 70 mph and more than 150 feet in the air with the swiftest of prehistoric predators."

As for Walt Disney World, the theme park just announced that it is bringing back park hopping for guests -- with some rules.

RELATED: It's back! Guests can now park hop again at Walt Disney World

To bring Florida residents back into the parks. Disney is offering "Discovery Disney Ticket" options with a choice of 2, 3, or 4-day tickets at a discount. The more days you want, the cheaper the per-day cost. For instance, if you choose the 4-day option, tickets come out to just $50 per day.