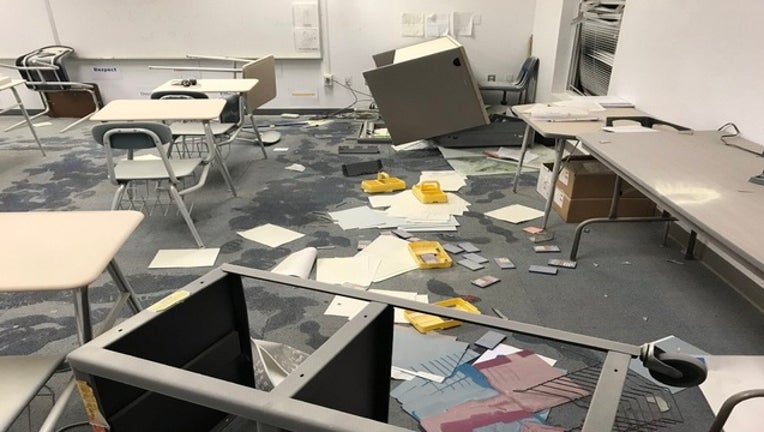 ALTAMONTE SPRINGS, Fla. (WOFL FOX 35) - Two teens are in trouble with Seminole County deputies after investigators say they burglarized and vandalized a school.

Deputies say one teen called 911, after he and his friend broke into Teague Middle School, located on McNeil Road in Altamonte Springs.

Deputies say the teens are a 16-year-old and 17-year-old.

Officials say the 17-year-old called 911, saying "intruders" were inside the school.

When deputies arrived on scene, they found the boys at an apartment complex near the school.

Investigators say the teens were overheard saying "act normal" by a security officer at the apartments, who also saw the teens running.