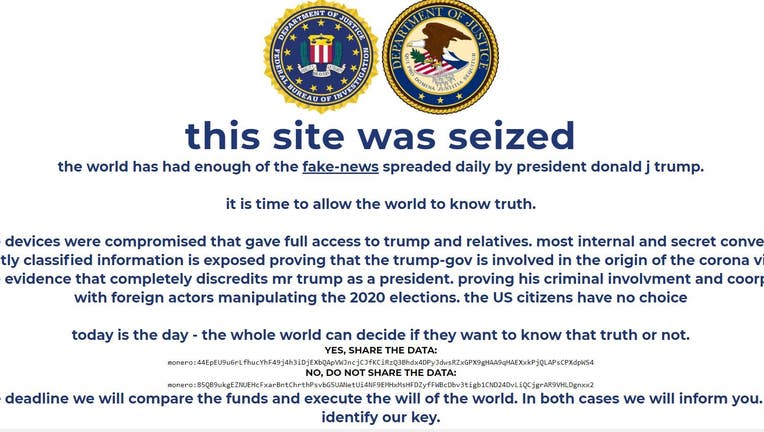 When navigating to donaldjtrump.com, a page popped up that read, “this site was seized” with Department of Justice logos at the top followed by more text.

“The world has had enough of the fake-news spreaded daily by president donald j trump. it is time to allow the world to know truth,” the page read.

It was unclear how long the message was up on Trump’s campaign website before the entire site appeared to be taken offline around 7:25 p.m. ET. 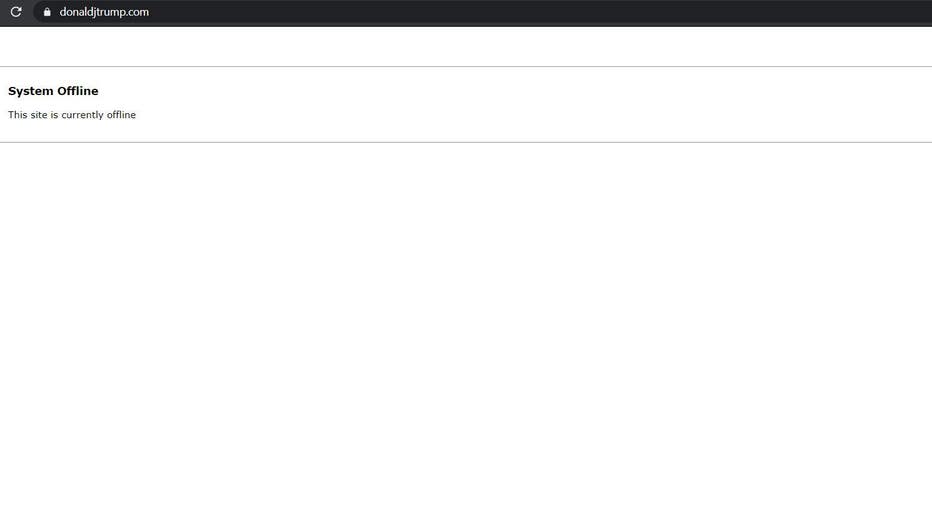 President Donald Trump's campaign website appeared to be hacked, and then taken offline briefly on Oct. 27.

By 7:45 p.m. ET, it appeared that the website was back up and functioning normally.

Trump’s campaign and the White House did not immediately respond to a request for comment.

Reuters reported in September that hackers had increased efforts to disrupt Trump’s campaign and business websites ahead of Election Day.

U.S. cybersecurity firm Cloudflare told Reuters that they were planning for an impending digital assault.

Cloudflare says on its website that its services include protection against distributed denial-of-service (DDoS) attacks, which typically aim to flood websites with malicious traffic.

The company announced in January that it would offer free security services to U.S. political campaigns.

"Given the increase and sophistication of foreign election interference efforts, there is a clear need to help campaigns improve the security of not only their websites and other public-facing assets, but also their internal data security systems and teams," Cloudflare founder and CEO Matthew Prince said in a statement.

Russia and Iran obtained data in an attempt to interfere in the U.S. election, the FBI announced during a press conference on Oct. 21.

Cloudflare could not immediately be reached for a comment on the apparent hack of Trump’s campaign website Tuesday.

CEO Matthew Prince of Cloudflare, which also protects Florida’s elections website, tweeted that he has seen no indication that any voter registration systems it protects had been hit by a cyberattack. The company declined further comment.

The FBI and the Cybersecurity and Infrastructure Security Agency warned election officials nationwide late September that cyberattacks could disrupt their systems during the run-up to the election. They particularly noted DDoS attacks, which inundate a computer system with requests, potentially clogging up servers until the system becomes inaccessible to legitimate users.

The volume of requests that overwhelmed the Florida registration site in early October was not consistent with denial-of-service attacks, which typically render websites unavailable with barrages of several hundred million requests per second.