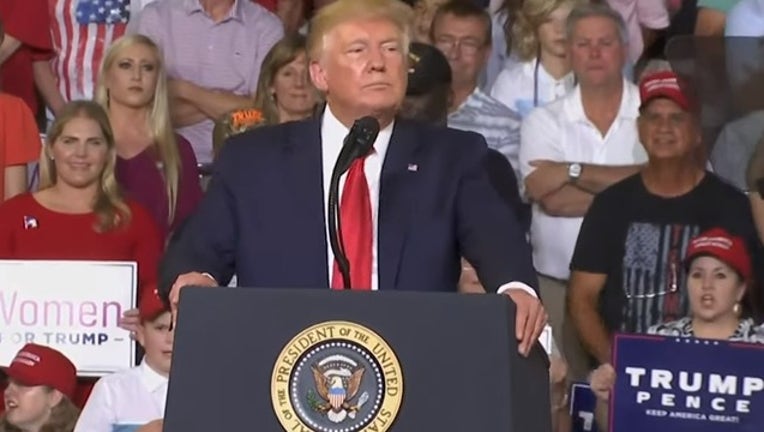 WASHINGTON (AP) - President Donald Trump plans to focus on Medicare when he visits a Central Florida retirement community next week.

The White House says Trump will visit The Villages on Aug. 6 to discuss administration progress on “securing and improving” the national health insurance program for people aged 65 and over. The Republican president’s visit comes as candidates for the 2020 Democratic presidential nomination debate each other over the practicality of “Medicare for All” expansion proposals.

RELATED: Trump says he'll impose new 10% tariffs on $300 billion worth of products from China in September

The visit will be Trump’s first to Florida since mid-June, when he formally announced his reelection bid at an Orlando rally.

Trump narrowly defeated Democrat Hillary Clinton in Florida in 2016. The state is considered a near-must-win in Trump’s bid to hold the White House for a second term.