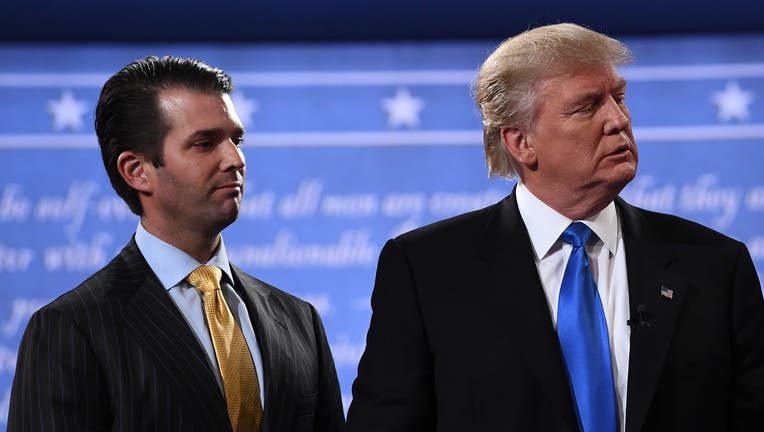 HOLLYWOOD, Fla. - Boxing great Evander Holyfield is set to return to the ring at age 58 on Saturday night in Florida – but that might not be the biggest news from the event.

"I love great fighters and great fights," the former president said in a news release, announcing the plans. "I look forward to seeing both [fighters] this Saturday night and sharing my thoughts ringside. You won’t want to miss this special event."

The special Trump commentary will be separate from the main telecast of the four-fight night from Hollywood, Florida, ESPN reported. The Trumps will report on all four fights, the report said.

Trump has hosted previous fighting events over the years, including from the casinos he owned in Atlantic City, New Jersey, the report said.

Holyfield stepped in as a last-minute replacement after the original veteran fighter on the card, 48-year-old Oscar De La Hoya, recently tested positive for the coronavirus.

Belfort, 44, is a former UFC champion in mixed martial arts.

The "regular" fight commentary will be provided by veteran sportscaster Jim Lampley on HBO. Viewers buying the $49.99 pay-per-view event will be able to choose between the Lampley commentary and the Trump commentary, the report said.