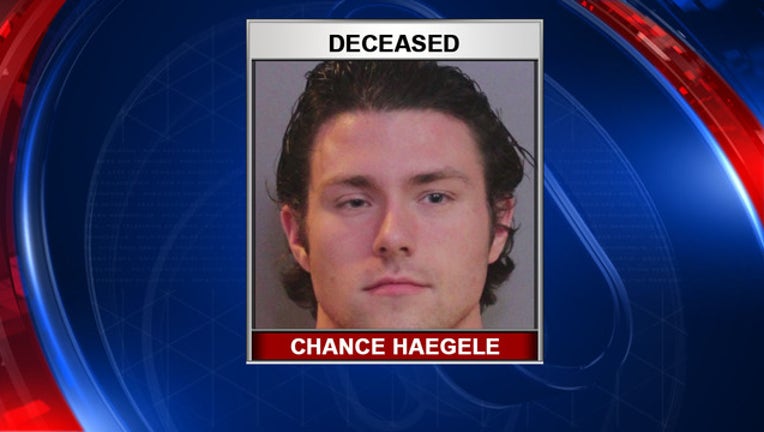 Sheriff Grady Judd said 20-year-old Chance Christopher Haegele wrote on Snapchat about harming himself and posted on Facebook that he'd murdered his mother. Haegele's friend and relative spotted the social media posts and contacted the agency, the sheriff said.

Deputies reached out to Haegele's mother and learned she was alive, Judd said. Deputies arrived and found Haegele and his mother fighting over a weapon. Haegele ran off with it, and deputies followed him.

Judd said Haegele pointed the shotgun at one of the deputies, and two deputies fired their guns 17 times.  Haegele died from his injuries.

No deputies were injured.

"It's a sad ending to a troubled life," Judd offered.

The sheriff said the sheriff's office had 11 interactions with Haegele, including seven Baker Acts and a Marchman Act, prior to Tuesday's shooting.

Judd said his agency had gone "above and beyond" in trying to help Haegele "time after time."

"This is a sad situation," Judd added.  "We've got a young 20-year-old man who's dead because he pointed a gun at us last night.  The deputies did exactly what they should have done because no one has a right to threaten to kill us."