Severe thunderstorms and flash flooding will threaten areas from the South to the Ohio Valley through Tuesday night on the warm side of a winter storm tracking across the Midwest.

The threat of severe storms Tuesday afternoon and evening will target parts of Middle Tennessee, northern Mississippi and northern Alabama.

Isolated tornadoes, damaging wind gusts and large hail are the main threats in this region.

CHECK YOUR WEATHER BINGO CARD: STORM BRINGING A LITTLE BIT OF EVERYTHING TO U.S. 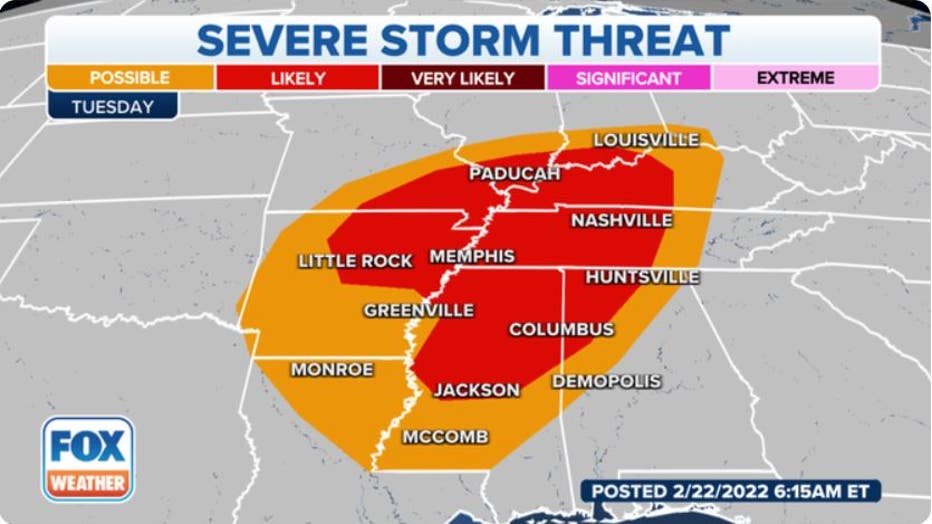 Tuesday evening into the overnight hours, a second round of scattered severe thunderstorms is possible across parts of northern Mississippi and northern Alabama.

Damaging winds, hail and an isolated tornado or two are possible with this second round.

In addition to the severe weather, there's also a threat of flash flooding in the Ohio and Tennessee valleys.

Between 2 and 5 inches of rain could soak these regions through early Wednesday. Localized amounts up to 6 inches are not ruled out. 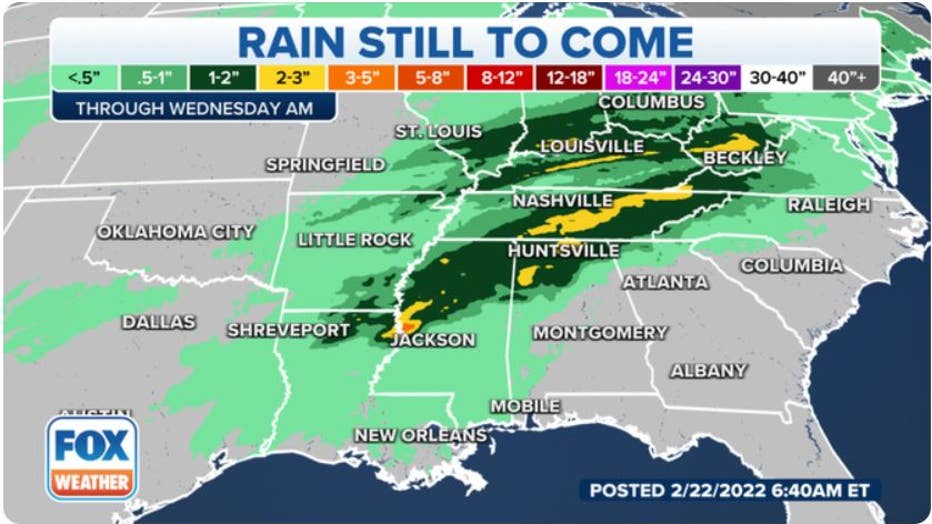 The highest risk of flash flooding Tuesday and Tuesday night will be in parts of southern Kentucky, West and Middle Tennessee, northern Mississippi and northern Alabama, according to NOAA's Weather Prediction Center. 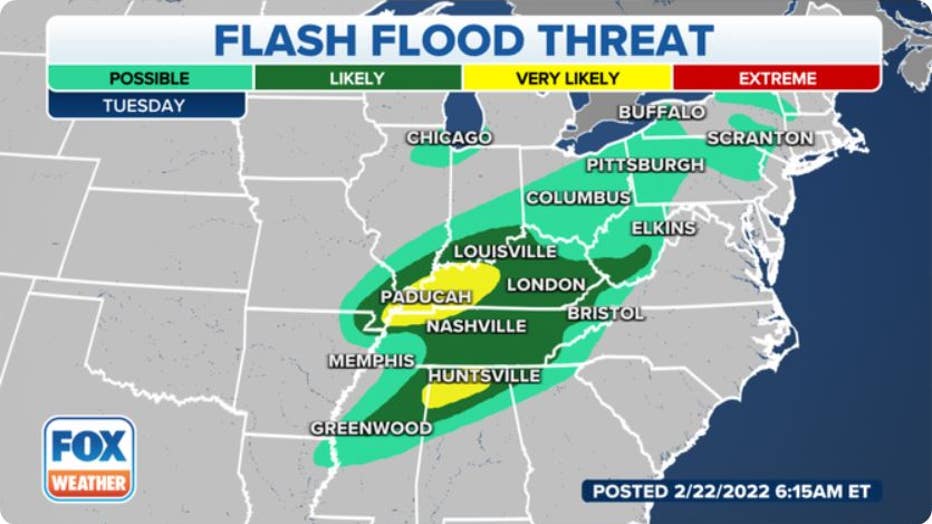 Isolated flash flooding is also not ruled in parts of the Northeast, where 1 to 2 inches of rain could fall through Tuesday night, particularly across the western Pennsylvania ridges, the Poconos of northeastern Pennsylvania, the eastern Catskills and Adirondacks of New York and the Green Mountains of Vermont.

Flood Watches have been issued by the National Weather Service from the Tennessee and Ohio valleys into western Pennsylvania, western and upstate New York and parts of northern New England.