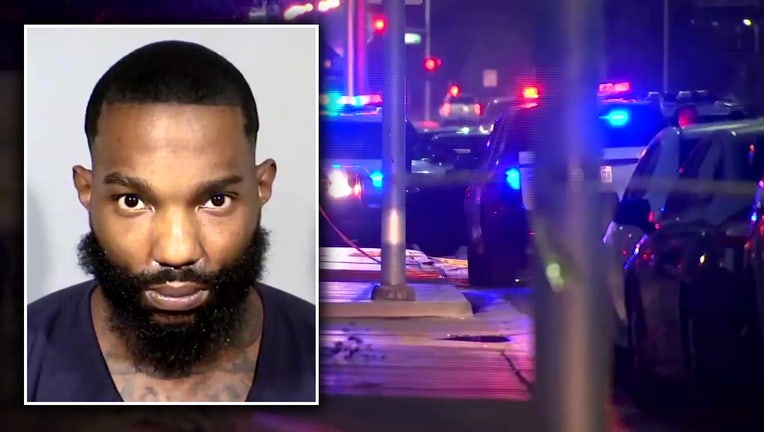 LAS VEGAS - Police in Las Vegas arrested a father after they say he refused to let anyone break the window of his new car to save his dying baby, who was locked inside the hot vehicle.

According to a police report obtained by the Las Vegas Review-Journal, 27-year-old Sidney Deal had locked his keys in the car Monday afternoon, while his 1-year-old daughter Sayah was inside.

Deal flagged down officers for help, but when an officer offered to break the window and call for a locksmith, Deal declined and asked to call his brother instead, FOX 5 Las Vegas reports.

According to the arrest report, Deal told his brother he had just purchased the car and didn't have money to fix a broken window.

Police said he also declined to have a tow truck come to the scene, because he didn't agree with the cost.

After several minutes, the officers smashed the window anyway and pulled out the unresponsive toddler. Police said the little girl died before paramedics arrived on the scene, according to FOX 5.

Outdoor temperatures reached the mid-90s at the time in Las Vegas, according to the National Weather Service.

It's unknown exactly how long Sayah was in the hot car, but neighbor Shellie Ratliff told the Review-Journal it took about two hours before the window was broken. She said police had asked her for a clothes hanger to use to try and unlock the car door.

The Clark County coroner has not ruled on the girl's cause of death.

Deal was arrested for felony child abuse and is expected to appear in court Thursday.