ORANGE, Calif. -  Four people, including a child, were killed after a gunman opened fire at an office building in the City of Orange on Wednesday night, officials said.

The Orange Police Department responded to a call of a shooting in the 200 block of West Lincoln Avenue, near Glassell Street, around 5:30 p.m. The department said four people were killed and a fifth victim was taken to the hospital.

Child among 4 victims at office shooting in Orange

Three adults and a child are dead after a shooting at an office building in the City of Orange.

The suspect was also taken to the hospital and is in custody, Orange PD said. It was unclear whether he was shot by police or the wounds were self-inflicted, Kimberly Edds, the public information officer for the Orange County District's Attorney's Office said.

The fifth victim and the suspect are both in critical condition, police said.

Officials did not say how the child ended up at the horrific scene in the first place.

A firearm was recovered at the scene, according to Orange Police Department Lt. Jen Amat.

A motive for the shooting and the name of the suspect were not immediately available.

Ages, genders and names of the victims were not disclosed.

Relatives with questions about loved ones who may have been victims of the shooting were asked to go to the Orange Police Department.

California State Senator Tom Umberg (D), who represents parts of Orange and Los Angeles Counties, said on social media that he and his wife Robin were "devastated" to hear about the shooting. 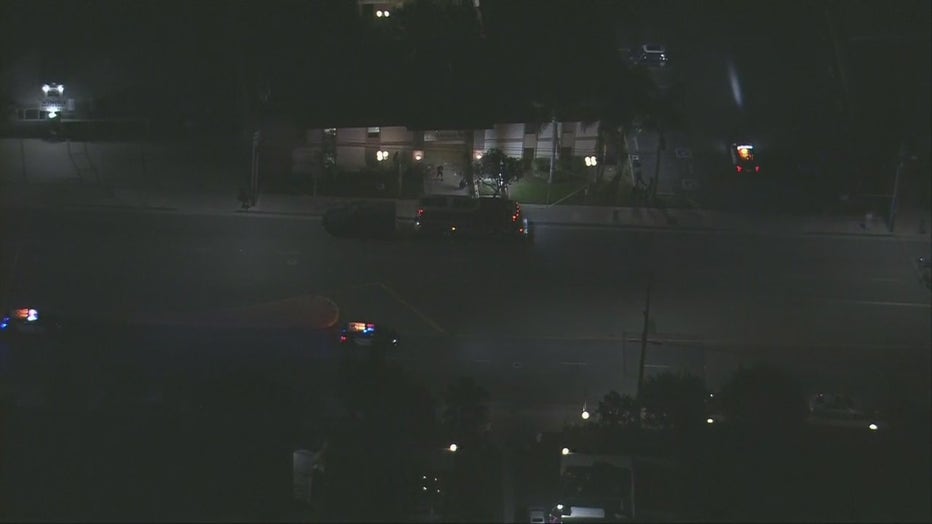 "Robin and I are devastated to hear about the shooting in Orange. My staff and I will be monitoring the situation as new information becomes available," Sen. Umberg said on Twitter.

"Horrifying and heartbreaking. Our hearts are with the families impacted by this terrible tragedy tonight."